All in a Day's work 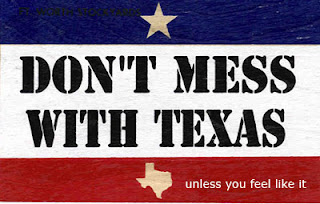 Quick reaction by Officer Ray and a potential tragedy is averted.

Thank you officer Ray, you are a hero.

AUSTIN — A rookie police officer is being described as a hero for killing a robbery suspect who was firing an assault rifle in a residential neighborhood Thursday.
The early-morning shooting and hunt for other suspects kept a half-mile area on the city's northeast side blocked off all day and caused Austin school district officials to close seven schools.
Officer Will Ray, 22, returned fire after the suspect, armed with an AK-47 and wearing a bulletproof vest, shot at police while running away.
Not only were Ray and other officers in danger, residents sleeping in nearby homes could have been hit by stray fire from the powerful weapon, said Police Chief Art Acevedo.
"He responded appropriately, and I think heroically, this morning," Acevedo said at an afternoon briefing with reporters.
Ray has been placed on administrative leave while the shooting is investigated.
The dead suspect, an adult man, is believed to have been involved in an earlier shooting at a nearby residence that left two people wounded.
One man was treated and released, and a second was hospitalized and is expected to survive.
Police are pursuing aggravated robbery charges against two other men taken into custody and were searching for two more men.
Seven schools on the city's northeast side did not open Thursday because of the hunt for suspects, who were believed to be armed.
Austin school district police Cpt. David Rider said the decision to keep children home was made as buses were about to start their rounds to pick up elementary school students. He said that as the situation changed later, buses were allowed to pick up students and drop them off at their middle school, located next to a closed elementary school.
However, parents expressed concern about the middle school being open, and officials decided to send those students home, Rider said.
The mayhem began with an initial call shortly before 4 a.m. of fighting at a residence. Arriving officers heard gunshots, Acevedo said, and spotted the suspects fleeing in pickup.
After a chase that lasted about nine minutes, the pickup crashed at a closed hamburger stand.
Five men left the vehicle and began running away, police said. One fired an AK-47 at police and Ray fired back, striking the man, who died at the scene, the chief said.
Ray has been an Austin police officer since January. Acevedo said his quick reaction Thursday is a testament to the training.
"When you are in a tremendously stressful situation, if you are a 22-year-old man who is new to law enforcement and engaged a suspect who is armed much more heavily than you are ... you're either going to fall back on experience, or you're going to fall back on training," he said.
The two men taken into custody were not wearing body armor, but a second bulletproof vest was found in the pickup along with a shotgun and other weapons, Acevedo said.
Posted by Sam at 9:55 AM