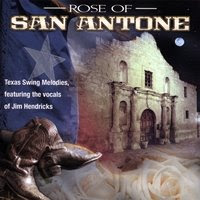 I am mistaken or have we had a larger than normal amount of shootings and murder/death/kills lately(?)

Police probe S.E. Side fatal shooting
Alejandro Martinez-Cabrera - Express-News
Police were investigating a Southeast Side fatal shooting early Friday morning with no witnesses.
Officers were called to at an apartment complex in the 3200 block of Bolmore Drive around midnight and found the 21-year-old man shot twice lying on the courtyard.
The victim, who did not live at the apartments, had an empty holster with him. Police did not find a weapon with the man and could not speculate if he was shot with a gun he owned.
Neighbors heard the shots being fired, but police could not find anyone who said they witnessed the incident, SAPD Lt. Michael King said.
Police were investigating if an earlier disturbance at the complex’s parking lot was connected to the incident. Police had no suspects and had made no arrests.
Posted by Sam at 7:14 AM