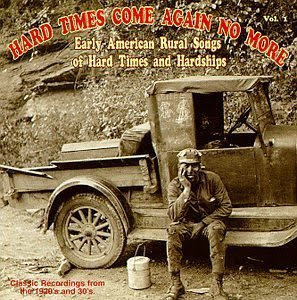 Hard times drive folks to do desperate things. Or, at least, make some who might not otherwise do bad things, do them. makes it a growth time in my business.

Confused? Look at the era of the big criminals, like Dillinger, Bonnie and Clyde, Baby-face Nelson, all were during the Great Depression and were almost folk heroes to some.

Some, of course would say the great bank robbers of today work at places like AIG.

Robberies are up in down times
By Robert Crowe - Express-News
This week’s fatal shooting of a robbery suspect by a police officer came at a time when San Antonio saw a spike of nearly 14 percent in holdups of local businesses.
The region also has experienced 60 percent more bank robberies, based on FBI investigations conducted by the agency’s San Antonio office.
Police say it’s hard to attribute the increases to any one factor.
“A lot of crimes have peaks and valleys,” said Officer Joe Rios, a San Antonio Police Department spokesman. “It seems to pick up this time of year with the holidays.”
County and federal authorities say the increase is more than cyclical. They point to a perfect storm in which desperate people — often with drug addictions and mental illnesses — are resorting to crime in a tough economy and during a time of year in which robberies tend to spike because banks and businesses are flush with cash.
“We strongly believe that it’s the economy, especially with the holidays coming,” said Ino Badillo, spokesman for the Bexar County Sheriff’s Office, which also has seen a rise in robberies, though statistics were not immediately available.
In San Antonio, robberies of businesses citywide are up 13.5 percent compared to last year, while robberies of individuals are up 1.5 percent, according to SAPD statistics for Jan. 1 through Oct. 26 of 2008 and 2007.
SAPD’s East Substation investigated the highest increase in business robberies with a 55.9 percent spike from last year. The North Substation recorded the second-highest increase of 44.8 percent. The South Substation recorded one of two decreases in business robberies in a particular area of the city, a decline of 14.6 percent. The Central Substation’s business robbery figures also dropped by 14.9 percent.
Despite the increases, violent crime is still down citywide by 2.6 percent this year, according to SAPD statistics.
Robbery suspect Alfonso Escamilla was linked to four holdups over the weekend and another holdup Tuesday afternoon at a Fred’s Fish Fry in the 600 block of Old U.S. Highway 90 West.
“He was crying, saying he needed money because his wife was going to leave him,” said Priscilla Diaz, manager of the Fred’s in the 1100 block of Cupples Road, which police suspect was robbed by Escamilla and another man on Sunday. Police are still searching for the suspected getaway driver.
“I always tell new employees (to) just give them what they want if you get robbed,” Diaz said.
The robber’s tear-filled heist Tuesday netted him just $2 about a half-hour before Officer Marc Valero fatally shot Escamilla in a neighborhood near the robbery scene. Police said the suspect had refused to drop his gun.
Authorities also are investigating whether Escamilla committed “suicide by cop.” Shortly before his death, he said his “goodbyes” to relatives and mentioned a potential confrontation with police, Chief William McManus told reporters at the shooting scene Tuesday.
“When dealing with a typical armed robber — the person who chooses a weapon to commit a crime — you’re dealing with a compulsive offender who has poor impulse control,” said FBI San Antonio spokesman Eric Vasys. “They are typically drug-addicted people who experience a personal poor economy every day.”
San Antonio police are searching for another serial robber linked to holdups Wednesday and Thursday at banks on San Pedro Avenue and McCullough Avenue in North Central San Antonio.
Bank robberies investigated by the FBI’s San Antonio office are up 60 percent .While the FBI investigated 55bank robberies in all of 2007 in Central and South Texas, there already have been 88 robberies this year for the areas of San Antonio, Laredo, Austin, Del Rio and McAllen. Vasys said most of the increases were in Austin and Waco.
Some smaller communities have also noticed the trend. Boerne police last month launched their first robbery investigation in 20 years after a masked gunman stole an undisclosed amount of money from the Security State Bank & Trust on Main Street.
Diaz, of Fred’s Fish Fry, was not working at the Old Highway 90 store or the Cupples Road store when they were robbed recently, but she has been held up three times in nine years of working for the greasy spoon chain.
Posted by Sam at 5:45 AM