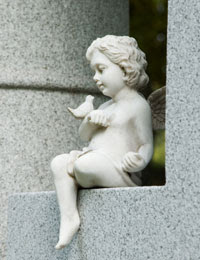 I was a bit suspicious when I first heard about this case and like many became concerned, as apparently did one of the Appellate Judges, at what point does someone get accused of murder if they take a child to the hospital, but in someones opinion it wasn't done quickly enough?

Look at what the prosecutor said at the oral argument (in bold below) it would certainly negate the specific intent to cause the death of the child. Murder and Capital Murder require that the act be done intentionally and knowingly, i.e. specific intent.

If the death was caused either recklessly or with criminal negligence (as the mental culpable states) then she might be guilty of manslaughter or criminally negligent homicide which are either a second degree felony or a state jail felony respectively. Look at this one to be overturned I think.

Appeals court hears case of salt-poisoning child death
By John MacCormack - Express-News
CORPUS CHRISTI — A year after Hannah Overton began serving a sentence of life without parole for capital murder in the bizarre death of a 4-year-old boy, the 13th Court of Appeals was asked to overturn the verdict.
About all that is certain in the highly controversial case is that Andrew Burd, whom the Overtons were adopting, died of salt poisoning in late 2006, a day after being rushed to a hospital.
The state quickly suspected child abuse, claiming Overton was a vindictive mother who forced Burd to eat salt as a punishment.
Her lawyers say the child, who came from an abusive family and had an eating disorder, likely ingested it himself accidentally when he was unsupervised.
Overton, a home-schooling mother of five other children, denies doing anything to harm Burd, who was with the family four months before his death.
“The justice system failed us, but God will make me free,” she said in a prison interview this fall.
When the courtroom filled Thursday morning, about two dozen Overton supporters strained from the courtroom lobby to follow the arcane arguments about law and grammar.
Overton's lawyer, Cynthia Orr, attacked the guilty verdict on grounds ranging from insufficient evidence to prosecutorial misconduct to defective jury instructions.
And, she said, instead of Overton failing to seek proper medical care for Burd, as the state alleged, “She made every effort in the world to save him. Her efforts were heroic.”
Assistant District Attorney Douglas Norman, however, argued that Overton could have saved Burd, but instead did not call 911 or rush him to the hospital when it was apparent he was gravely ill.
“The crux of our case, is that, however this child got that much salt into him, at some point she knew he was going to die, and did nothing about it,” he said.
Both lawyers fielded probing questions from the three-judge panel.
“Are we going down a slippery slope here when a parent has a sick child and the child stops breathing? When do you call for help without being charged with murder?” presiding Judge Linda Yañez asked Norman.
The judges also got a brief grammar lesson involving predicate clauses, gerunds, and run-on paragraphs, as the lawyers debated the clarity of the lengthy jury charge that led to the conviction.
Recently, the once obscure case has received national attention. A brief segment was shown Thursday morning on ABC's “Good Morning America.” In October, ABC's “20/20” broadcast a lengthy show.
“The response, in my mind, was almost unprecedented,” said Juju Chang, the ABC correspondent, of the October show.
“We got 400,000 hits on the Web site and 800 impassioned messages, and all but about a half dozen were messages of support,” she said.
The “Free Hannah” Web site maintained by the Calvary Chapel of the Coastlands, an evangelical church the Overtons attend, also received several hundred e-mails after the “20/20” show.
As the crowd dispersed Thursday morning after the court hearing, Overton's mother was optimistic she would be freed.
“I'm very hopeful that the justices will see that she did not receive a fair trial,” said Lane Hissong, Overton's mother.
“Now we wait. All we're hoping for is a speedy decision,” she said.
A decision could come anytime from a few months to a year or more.
Posted by Sam at 6:51 AM