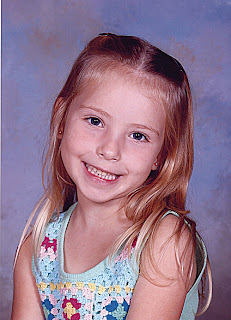 Someone, somewhere, has seen them.

Woman arrested 2 days before abduction
By Scott Sticker : Herald-Zeitung
SPRING BRANCH — Tonya Renee Martin, the woman at the heart of the investigation into the abduction of 6-year-old Jewel Noel Klein, was arrested five days ago in Comal County on a charge of public intoxication. She was released on a $300 bond.

The arrest Sunday — two days before Martin, 41, is alleged to have abducted her daughter after beating and tying up her mother, the girl’s custodial grandparent — is just the latest in a string of arrests, according to a search of Comal County judicial records. Included is a 2003 conviction of abandoning, endangering or putting a child in imminent danger — a second-degree felony, for which Martin received four years of probation and a $1,000 fine.

Sheriff’s investigators in Comal County were still working Thursday to find Jewel following the abduction Tuesday night from the home of Melba Balantac — Jewel’s grandmother and Martin’s mother — in the 7000 block of Broken Arrow in Spring Branch. An Amber Alert was issued Wednesday afternoon for Jewel.

Balantac’s neighbors Thursday said they are shocked by the abduction and the brutal beating suffered by the 68-year-old woman. Ana Medrano called 911 at about 8:40 p.m. Tuesday when she saw Balantac trying to walk from her house to the home of one of their neighbors. She said it was a scary sight.“I didn’t even recognize her,” Medrano said. “My headlights caught her face, and she was really bloody. There was blood on her face and all in her hair. I was so scared, I came inside and we called 911.”

Medrano said she was worried about Jewel being with Martin because she said Martin was a danger. When Jewel was a year old, Medrano said she spotted her locked in Martin’s car in Balantac’s driveway with the windows closed. When Medrano approached the car, she said she found Jewel crying and sweating heavily, with the music turned up loudly. She knocked on the front door of the house and said Martin, who answered with lipstick smeared from her chin to her forehead, told her she was planning on getting Jewel out of the car later and slammed the door. Medrano said she then called police, who came and broke a window to let Jewel, still crying and sweating, out of the car. Another of Balantac’s neighbors, Jesse Torres, said Jewel always came over to play with his granddaughters. “She’s a sweet girl — very nice.” he said. “I just really hope they find her because I know she’s not safe with her mother.”

Deputies who responded to Medrano’s 911 call were able to communicate with Balantac only briefly, but she provided them with information that Comal County Sheriff’s Detective Sgt. Tommy Ward said helped determine that Jewel was taken by Martin. Balantac was taken Tuesday night by ambulance to University Hospital in San Antonio, where she remained Thursday in critical condition, Comal County Sheriff’s Lt. Mark Reynolds said.

Jewel was picked up Tuesday afternoon from Rebecca Creek Elementary School by Martin in Balantac’s blue, four-door 2005 Hyundai Sonata, Reynolds said. Martin then took Jewel from the school to Balantac’s house, where she beat and bound Balantac, Reynolds said.

Martin and Balantac have joint conservatorship of Jewel, which, according to a court document filed at Rebecca Creek, allows them both to pick her up from the school, Assistant Principal David Springer said Thursday.“There was nothing out of the ordinary that day,” he said. “Her car was a little further back in the line than usual, but that was it.”Kari Hutchison, spokeswoman for the Comal Independent School District, said that even though there is no black-and-white policy districtwide on how students are dropped off or picked up, each campus does what suits it best.

Springer said that Rebecca Creek has about 75 students who are picked up daily by their parents or guardians. Seven cars drive up at a time, and the children’s names are announced over a microphone into the gym, where the kids wait in their classroom order.“At this point in the year, the teachers recognize the cars the kids are picked up in,” Springer said. “We never let them go home with anyone without written approval from their parents or guardians.”

New Braunfels ISD has a similar program in which each campus sets its own routine, said New Braunfels ISD spokeswoman Stephanie Ferguson.“We are very concerned,” Rebecca Creek Principal Sharon Richardson said Wednesday. “We’re all devastated here. She is a happy, cute little girl, and we’re just praying to get her back safely.”

Jewel was last seen in Balantac’s Sonata with Texas license plate number 404 Z9M. She has blond hair and blue eyes, is 4 feet tall and weighs 60 pounds, sheriff’s investigators said.Investigators said they believe Jewel is in danger and is asking anyone with information to call the Comal County Sheriff’s Office at (830) 620-3400.
Posted by Sam at 6:31 AM