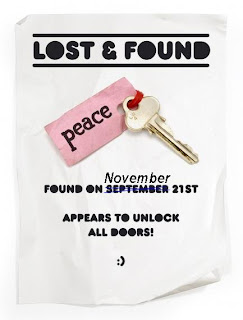 Thank God she is alright.

Thank you, all of you, who helped look.

Missing girl found in Austin
By Roger Croteau - Express-News
Austin police on Friday arrested a Spring Branch woman suspected of taking her daughter, whom she did not have legal custody of, and seriously beating her own mother, who did.
Tonya Renee Martin, 41, was arrested without incident and charged with aggravated assault. She was being transported from Austin to the Comal County jail Friday afternoon.
Her daughter, 6-year-old Jewel Noel Klein was unharmed, said Comal County Sheriff’s Department spokesman Mark Reynolds. The girl had been the subject of an Amber Alert since Tuesday night.
Investigators believe Martin took her mother’s car and picked up Jewel at school that afternoon. Martin’s mother, Melba Balantac, 68, had custody of the child. Later that night, investigators believe, Martin went to Balantac’s Spring Branch home and assaulted her.
Balantac was able to speak to deputies for a short time before losing consciousness, and told them Martin was the one who beat her, Reynolds said. Investigators then realized Jewel was missing and issued an Amber Alert.
Balantac remains hospitalized in serious condition.
Shortly after 10 a.m. Friday, an Austin police officer spotted Balantac’s Hundai Sonata at Seventh Street and Pleasant Valley Road in Austin and pulled the car over. A male driver led officers to an apartment where they found Klein and Martin.
“He had no idea that police were searching for them,” Reynolds said of the driver. “He was not charged with anything and he led police right to them.”
Reynolds said the apartment where the two were found was known to Austin police as a “drug apartment.” He said drug parahernalia but no drugs were found there.
Klein was turned over to the Austin Child Advocacy Center, which will work with Child Protective Services to place her, either with family or in foster care.
Martin was charged in 2003 with abandonment/endangerment of a child, a second degree felony. She was fined $1,000 and given four years probation.
Police say Jewel Noel Klein, 6, was unharmed. Her mother was charged with assault in connection with a beating late Tuesday that hospitalized her own mother, the child’s legal guardian
Posted by Sam at 4:22 PM