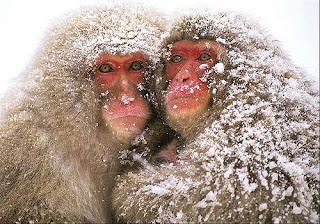 A dang shame. The Snake Farm is a South Texas I-35 icon.

I hope they get everything back in order ASAP.

Two baboons feared to have escaped their enclosure during a Friday night fire at Snake Farm in New Braunfels were found dead, still in their enclosure, after the fire was put out.
A fire was reported in a building housing primates, foxes and other animals, behind the main building of Snake Farm, about 8:40 p.m. Friday. The fire was caused by a heat lamp, said Snake Farm Development Director Marissa Atamas.
A few tortoises also were killed in the fire, but all the other animals were uninjured, she said.
Mufassa, a male baboon, had been at Snake Farm for nine years and was a former unicycle-riding circus animal. At Snake Farm, he often drew on the floor of his enclosure with chalk, Atamos said. His mate, Mindy, had been rescued from an animal research lab.
Atamas said food and other supplies were destroyed in the fire, and Snake Farm is looking for volunteers to help repair the damaged animal habitats. Workers spent the day trying to prepare the outside exhibits, which lost their electrical service in the fire, for the freezing weather expected Saturday night.
Posted by Sam at 7:11 AM