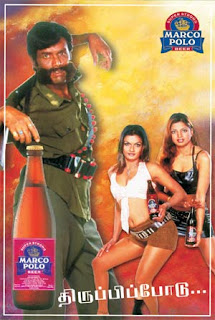 Beer its what for research.

I hope a lot of money wasn't spent on this all important subject. Expect commercials with more mountains and rugged men surrounded by beautiful buxom women to sell more beer.

Rugged individualism, beer linked
By Don Finley - Express-News
In Hollywood lore, the lone cowboy tamed the Wild West with two six-guns by day and drank warm beer with both fists in dusty saloons at night.
That stereotype of the rugged individualist who enjoys tipping back a few might not be so off the mark, according to a newly published study by marketing professors at the University of Texas at San Antonio. They found that places where individualism is valued over the collective good also tend to be places where a lot of beer is consumed.
The researchers also found they could take a group of college students and manipulate those individualist-versus-collectivist impulses a bit, which in turn influenced how thirsty those students were for beer.
“Previous research on this had shown a correlation between individualism and impulsive buying,” said L.J. Shrum, marketing department chairman at UTSA, who with lead author and marketing Assistant Professor Yinlong Zhang conducted the study published in the Journal of Consumer Research.
The researchers first compared per-capita beer consumption with a well-known set of national scores for individualism and collectivism developed by Dutch marketing researcher Geert Hofstede.
In Hofstede's scale, the United States ranks highest in individualism, followed by Australia, Britain, the Netherlands, Canada and Italy.
“The definition of an individualist is that we act on our attitudes, we be ourselves,” Shrum said. “Whereas in collectivist societies that's more frowned upon, and you want to make sure you reflect on the good of the group.”
Countries in Asia and Latin America tend to be more group-oriented, Hofstede said. And the UTSA researchers found that, on average, individualist countries had higher per-capita beer consumption than collectivist countries — even after adjusting for differences in income, climate, gender and religion.
They also found a similar connection between excess beer drinking and U.S. states, using a similar scale by University of Illinois at Urbana-Champaign psychologists. That scale found the highest levels of individualism — and more drinking — in Western states such as Montana and Oregon.
And Texas? Forget cowboy country. It ranks No. 11 among states with high levels of collectivist impulses, Shrum said.
“Our standard cowboy image is the prototypical individualist. However, Hispanic cultures, Latin American cultures, many Eastern European cultures, are very collectivistic,” he said, adding that those who make the move to the U.S. may be the more individualistic members of their cultures.
But the real picture is even more complex, Shrum said. All people have some degree of both individualism and collectivism, with one side more dominant. And by getting people to focus on themselves or their families and friends, psychologists can bring either trait to the surface.
And that's what Zhang and Shrum did with 128 undergraduate business students (all of legal drinking age). When they temporarily induced the students to become individualists, they became thirstier for beer. Collectivists became less so. And those impulses were heightened when the students were asked to imagine themselves at a bar with friends.
“Peer presence works quite differently for individualists and collectivists. What we found was the presence of peers for individualists increased their attitudes toward drinking beer, and for collectivists it decreased it. It went in exactly the opposite ways.”
While such knowledge might be put to effective use in beer ads, Shrum said that wasn't the study's purpose.
“If you were designing a public service announcement for people, you make the message more appealing if you have them in the right mindset. If they're in the wrong mindset, it goes in the opposite way.”
Posted by Sam at 6:39 AM