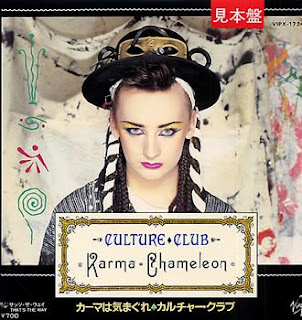 Instant karma's gonna get you.

Karma has a way of hitting you at the wrong time doesn't it?

Police Say Man Qualifies as One of the World's Dumbest Criminals
Posted By: Matthew Wooley
UPPER DARBY, PA -- Their home was being burglarized and they did what any other homeowner would do, they called the police.
But then the tables were turned and they're the ones getting arrested!
Upper Darby Pennsylvania Police Superintendent Michael Chitwood says "they would fit in the world's dumbest criminals."
Drugs, guns and knives.
Police say it was all uncovered inside the Upper Darby home along with police badges and uniforms and it was the owners who not only invited police in, they say the couple called them to the house.
Friday afternoon, police say Edward and Debra Hatton came home to find a couple of teens had broken in to thier Maplewood Avenue home. As police scoured the place for clues they say they uncovered a whole new crime.
Chitwood says, "As a result of the search warrant, in the basement we found a marijuana growth, plants were growing, it was very, very sophisticated."
Along with the drugs, guns, and knives, they also found a fully loaded AK-47 assault rifle.Police also say Mr. Hatton had a whole collection of police jackets and badges some from as far away as Los Angeles and some bearing the emblems of the Philadelphia police and federal authorties.
Chitwood says, "Our concern is, if he was involved in any type of impersonating law enforcement officer, whether it be federal or local, that somebody would recognize him and call us."
Police say Hatton has never been arrested for impersonating an officer, but sources say last year, while at a poker tournament at an Upper Darby bar, Hatton wore the badge of a federal officer and a weapon that appeared to be a gun on his waistband. And they say he had a collection of German miliatry medals and a uniform police say is that of a Nazi soldier.
Now investigators are focusing on where Hatton got the badges and jackets and what he's done with them, possible crimes police wouldn't have known about had they not been invited inside this house.
Chitwood says, "I asked 'why did you call the police?' He knows he has all this stuff in his house, and his answer was he didn't call the police, his wife called the police."
Posted by Sam at 7:31 AM