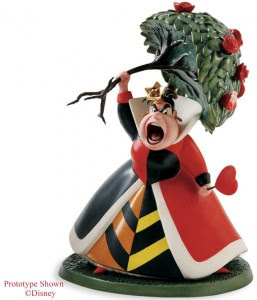 When I first came to San Antonio to practice law, twenty years ago, I was told that the practice of law south of Highway 90 was a wee bit different than what I was taught in law school.

Events and this case sure seem to point this out, eh?

Willacy County defendants left in lurch
By Christopher Sherman - Associated Press
McALLEN — A Willacy County district court judge under indictment on charges alleging she abused her position didn't show up for court, stranding dozens of defendants who received no notice of her absence.
Judge Migdalia Lopez of the 197th District Court had assured lawyers through Friday that she would be there to handle her docket Monday, but instead left lawyers and their clients in the lurch. Court administrator Gloria Garcia-Puente said court was scheduled for Tuesday and today as well, but Lopez would not be there.
Eduardo Rodriguez, Lopez's lawyer, said Tuesday that she would wait to see what comes of a Monday recusal hearing of the presiding judge in her case before returning to the bench. District Attorney Juan Angel Guerra had sought to have that judge recused after the indictments were returned last week against Lopez, Vice President Dick Cheney and other high-level officials.
“I think she looked at it from a practical point of view. If she went over there, the district attorney would more than likely file some sort of recusal or try to take advantage of the situation,” Rodriguez said.
Lopez was indicted on charges of official abuse of official capacity and official oppression. The charges stemmed from her role in an investigation of Guerra, who did his own disappearing act last Wednesday when he was absent for a hearing on the indictments. The grand jury alleged that Lopez continued involving herself in Guerra's case after he had filed a motion to recuse her.
The eight indictments handed up by the grand jury last week, including some against Cheney, former Attorney General Alberto Gonzales and state Sen. Eddie Lucio Jr., have drawn the nation's attention to an already dysfunctional courthouse. Guerra has been battling with Lopez and District Clerk Gilbert Lozano, who was also indicted, for years.
The indictments stalled Friday when Guerra filed a motion to recuse Presiding Judge Manuel Banales.
Defendants for routine cases had come to the courthouse from across the state and as far away as Indiana. There were more than 60 cases on Monday's docket, Garcia-Puente said.
Lopez's absence forced the cases to be rescheduled and means some defendants will spend the holiday in jail.
KGBT-TV reported that Dorvin Kintner took a bus from Lafayette, Ind. to come to court on a drug possession charge.
“I am financially broken,” as a result of the so-called “wasted trip,” Kintner told KGBT-TV.
His 41-hour trip that spanned 1,700 miles had to be put on hold for the second time, leaving him stranded in the county.
Posted by Sam at 7:09 AM