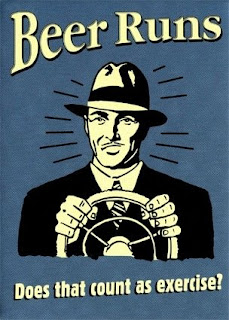 While I know some folks that might disagree with me beer isn't worth dying over.

An off-duty Harlandale School District police officer fired at least one shot at a group of teens in a car who police said pointed a gun at the officer after an attempted beer-run at a South Side gas station late Friday evening.
No one was hit in the shooting, which happened around 10:15 p.m. across the street from a Valero gas station at the intersection of Pleasanton Road and East Hutchins Place.
San Antonio Police Sgt. Robert Solis said the off-duty officer was pumping gas when he noticed the clerk involved with an altercation inside the store. The officer, whose name was not immediately released, followed a group who fled the store and ran to a car parked across the street at the Best Burger. When the officer approached the car, one of the four inside “brandished a weapon,” Solis said.
In response, the officer fired at least one shot at the vehicle, which drove a couple of blocks before stopping at an apartment complex in the 130 block of West Formosa.
It was unclear how many shots the officer fired, but investigators processing the scene found one shell casing as of 11 p.m.
SAPD detained three young men and a young woman at the apartment complex on West Formosa less than an hour after the incident. At the time, none of the four had been formally arrested.
“This is very early into the investigation,” Solis said.
Posted by Sam at 6:18 AM