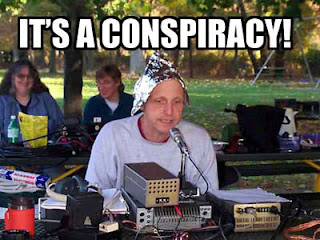 This should probably happen to more of these kinds of suits.

Judge tosses S.A. woman’s civil suit
Express-News -
A federal judge this week threw out a $15.5 million civil rights lawsuit filed by a San Antonio woman over her arrest in 2006 by Bandera police on charges of forgery and marijuana possession, which were eventually dismissed.
Bandera Police Chief Jim Eigner said Wednesday that Marie Y. Trevino, who accused officials in Bandera and Kendall counties of colluding against her to file bogus charges, was absent Monday when U.S. District Judge Xavier Rodriguez dismissed her suit with prejudice, meaning Trevino cannot further pursue the claim.
The hearing continued nonetheless, with the defense presenting testimony to bolster claims made in a motion that Trevino misled the court by claiming indigence to persuade court officials to waive the filing fee for her lawsuit.
Trevino could not be reached for comment.
Posted by Sam at 6:30 AM