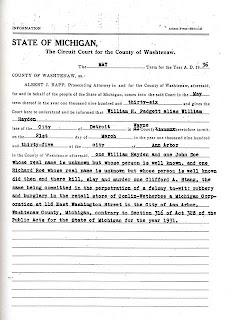 The system will now proceed and move forward and justice will be served.

Man, 40, indicted on murder
By Chris Cobb The Herald-Zeitung
Canyon Lake resident Robert Smith was indicted for murder this past week by a Comal County grand jury, accused of killing his live-in girlfriend, Nancy Shields.The indictment states that the 40-year-old Smith is believed to have “intentionally and knowingly” stabbed Shields repeatedly with a knife during a domestic dispute at the couple’s home at 1235 Hedgestone on July 11.

The 53-year-old Shields was alive when emergency crews arrived on scene at around 9 p.m. but eventually died of severe blood loss after being airlifted to Brooke Army Medical Center in San Antonio. Smith was not arrested until six days later, after an autopsy concluded that her wounds could not have been self-inflicted. He has remained in the Comal County Jail on a $500,000 bond since his arrest.His arraignment is scheduled for Dec. 8. Smith could face five to 99 years, or life in prison if convicted.

Neighbors said back in July that the couple had frequently gotten into arguments and that police were regularly called to their residence in the Tanglewood Shores subdivision to deal with domestic disputes.

According to family members, Shields had worked for a number of years as an executive secretary in Houston before being diagnosed with Chronic Inflammatory Demyelinating Polyneuropathy (CIDP), a potentially debilitating nerve deficiency that had rendered her disabled.

Smith has served time in county jail at least three separate times over the past five years, primarily for alcohol-related offenses.The couple had been living together since 2006.
Posted by Sam at 5:33 AM