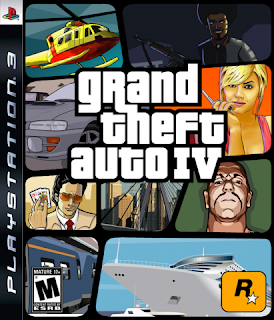 All this for some stolen cars?

Its not the movies or GTA, there are no re-spawns that we know of.

Police chase ends in death of 2 in carjacked vehicle
By David Saleh Rauf - Express-News
A police chase ended early Thursday morning on the South Side when a Toyota Avalon hit a guardrail and spun-out on Interstate 35, killing two of seven passengers. Police said the vehicle was carjacked in Houston.
Department of Public Safety troopers were trying to pull over another stolen vehicle outside of San Antonio when the Toyota began interfering with the stop, San Antonio Police Sgt. Edwin Rivera said. The first car containing three men was stopped but the Toyota fled north on I-35 into San Antonio with a Natalia police officer in pursuit, he said.
The car, traveling at speeds of up to 80 mph, reportedly hit a guardrail just south of the Palo Alto exit sometime before 4 a.m., causing it to spin and eject three passengers.
"When that car stopped spinning, people started flying," Rivera said.
One man ejected in the crash died upon impact, Rivera said. His name has not yet been released pending notification of his family. One other man was flown to University Hospital in critical condition, where he later died. The medical examiner identified him as 18-year-old Omar Ibanez-Torres.
Three other passengers from the vehicle bailed moments after the crash. Rivera said the trio ran along I-35 and jumped off the bridge onto Highway 16, a fall of at least 20 feet. They were later arrested and taken to a local hospital.
"I think all three broke their legs," he said.
The seventh passenger in the car stayed inside the vehicle and waited for police, Rivera said.
At 7 a.m., police were still investigating the crash, forcing traffic backups on Interstate 35 northbound as cars exited at Palo Alto Road.
Posted by Sam at 7:08 AM