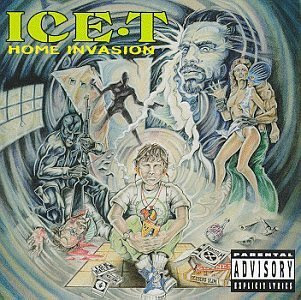 A pretty horrid crime and the penalties should be severe.

I am sure the Bexar County DA, Susan Reed, and her staff will seek the justice this victim and her family deserve.

2 jailed in home invasion on the near North Side
By Robert Crowe - Express-News
The kidnapping, robbery and rape of a woman in front of her two daughters Nov. 16 has shattered the peace of mind in a quiet neighborhood full of older, upscale homes near Austin Highway and Harry Wurzbach Road.
A Crime Stoppers tip led police Wednesday to arrest two suspects, De Marcus Steadman and Ray Barabbas Evans, at a Converse home. Steadman, 20, and Evans, 19, were jailed on charges of aggravated kidnapping, with bonds set at $250,000. Sexual assault charges had not been filed as of Wednesday afternoon.
While being escorted to jail, Steadman, wearing a hooded sweatshirt, told reporters: “I'm sorry for what I did.” (Yes, he said it, on camera too)
Though relieved that two suspects are jailed, some residents of the near North Side neighborhood, where some of the homes are valued at $200,000 to $400,000, are living on edge in an area they say has historically been shielded from crime.
“We just are very diligent about locking our doors now,” said Esther Curnutt, a board member of the Oak Park-Northwood Neighborhood Association. “We're on high alert.”
No matter what side of town, police said, the incident early on a Sunday morning was the type of nightmare scenario that officers had not seen for a long time.
“I've lived here for 43 years, and this is the first time we've seen anything like this,” said William Harris, a neighbor of the victim. “I feel so sorry for that woman; I'm glad they caught the suspects.”
According to an arrest warrant affidavit, the attackers broke down a door at the Albin Drive home about 1:30 a.m., confronting the woman and her daughters. The men began demanding money as they ransacked the home, police said.
After the woman told the men she did not have any cash, the assailants forced her and the two girls into a car, then demanded her ATM card. The men drove to at least three banks, withdrawing about $400 at each one, before driving back to the home, where one man raped the woman on her bed in front of her daughters, according to the police report and affidavit.
It is the general policy of the Express-News not to identify victims of sex crimes.
In addition to the $1,200, the men fled with a Dell laptop computer, two cordless phones, a watch and a bed sheet they used to carry the stolen goods, police said.
Throughout the ordeal, the victim and her daughters, ages 9 and 17, did not get a good look at the suspects because it was dark and the men told them not to look. Police said they had few leads until receiving a Crime Stoppers tip from someone who reportedly overheard Evans talking about the crime.
When police arrived at the Converse home, they discovered items that matched the stolen property, the affidavit says.
At the time of the crime, Steadman was serving probation for a charge of assault bodily injury involving a family member and related to a September 2007 incident. He had been arrested at least eight times between 2005 and '08 on charges of resisting arrest, possession of marijuana and assault.
Records show one arrest on a marijuana possession charge for Evans.
Police said Evans may have moved to San Antonio in recent months. He was living with Steadman.
As the men were leaving the crime scene, the victim heard Steadman tell Evans: “You in my town now,” the incident report says.
Posted by Sam at 7:35 AM