You can hide but you wont beat the ride 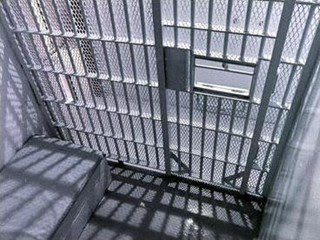 Barring the fact that there was no one in the room and how did they talk to the girlfriend? What a pretty silly thing for him to do.

Austin police search for Bexar County Sheriff's deputy
By Lomi Kriel - SAEN
Austin police on Monday were looking for a 26-year-old Bexar County Sheriff's deputy after they were called to a hotel room where authorities said the man assaulted his girlfriend.
Police said Laurence James Diamond Jr., a sheriff's deputy working patrol out of the East Side substation, was at a Doubletree Hotel with his girlfriend in the 1600 block of northbound Interstate 35, near the University of Texas campus.
At around 1 a.m., police said the woman called police claiming her boyfriend had assaulted her. Officers responding to the scene thought he had barricaded himself into his hotel room, and, hearing no response from the room and suspecting he had a weapon, called SWAT officers to the scene.
When SWAT officers finally entered the room at around 5:40 a.m., no one was inside. Police believe Diamond left the hotel while his girlfriend was calling the police. She was treated for minor injuries.
Austin police have issued a warrant for Diamond's arrest, charging him with assault/family violence, a class A misdemeanor carrying a $7500 bond. They are still searching for the deputy and anyone with information about his whereabouts is asked to call 911.
Deputy Chief Dale Bennett said Diamond has been on the force since March 2001. The only disciplinary action he has received is two counselings for being late to work, Bennett said.
As is routine, the department will place Diamond on administrative leave pending the outcome of an internal investigation into the incident. The criminal investigation will be conducted concurrently.
Posted by Sam at 1:22 AM