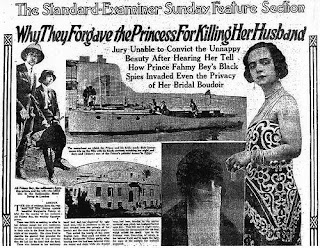 Accidental shootings followed by slashing the throats of the two victim's throats?

OMG! It doesn't get any more ludicrous than that as an "excuse" or "explanation".

Hell, he deserves life in prison for Aggravated Bull Shit.

Jury hears teen murder defendant's confession
Elizabeth Allen - Express-News
In the small gray interview room, facing a police detective, capital murder defendant Chris Meadoux described what he called the accidental shooting of his two friends, followed by the slashing of their throats.
Meadoux's DVD statement was recorded by police that night as he recounted the January 2007 slayings of Johnny You, 17, and Luis Martinez, 19. It was played for jurors Tuesday at Meadoux's trial.
Firefighters discovered the bodies of You and Martinez when they responded to a fire in a Northeast Side home where the victims and defendant had spent the previous night.
The victims were in an upstairs bedroom, where prosecutors said Meadoux had set a fire in a closet.
Both victims had been shot twice in the head, and their throats had gaping stab wounds.
In his confession, Meadoux, then 16, said You was playing with a gun and pointed it at Meadoux, who grabbed it. In the struggle, he said it went off four times, striking his friends.
“After they were both shot, I cut them,” said Meadoux, explaining that he didn't want to leave behind any witnesses.
In the DVD statement, police Sgt. Butch Matjeka, who testified Tuesday, questioned Meadoux's version of the shooting.
At one point in the DVD recording, San Antonio homicide Detective Timm Angell explained to Meadoux that police would test his hands for gunshot residue and left the room.
Meadoux quickly reached into the trash and fished out an unfinished Coke, which he splashed over his hands, wiping them on his pants and pulling his jacket sleeves down over them.
He scraped at his hands with his fingernails and rubbed them beneath his legs.
Then Matjeka took over. He explained to Meadoux the legal justifications for deadly force.
“But you've got to tell me what these guys did to deserve to die,” Matjeka said.
He kept talking and told Meadoux they had recorded his attempt to destroy evidence. Meadoux kept up his denials, including his denial of using the cola as a hand rinse.
Matjeka then let Meadoux wait outside with his brother while Matjeka cued up the DVD and showed it to him.
Seeing was believing, Matjeka said.
“When he saw that, his face went blank,” Matjeka testified. “At that point, he said, ‘I want to talk to you some more, sir.'”
Testimony continues today.
If convicted, Meadoux would receive an automatic life sentence.
Posted by Sam at 5:53 AM