Breath or Blood, your choice 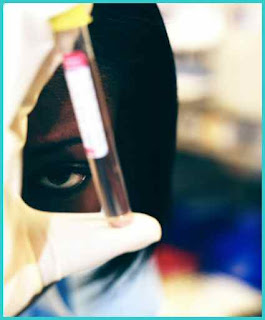 And one that should be done as frequently as possible IMHO.

Guadalupe County officials are planning ‘no refusal' weekend for DWI suspects
Roger Croteau - Express-News
Guadalupe County officials are planning a “no refusal” Labor Day weekend for DWI suspects.
County Attorney Elizabeth Murray-Kolb said judges will be standing by, ready to issue warrants authorizing a blood draw from suspects who refuse a breathalyzer test.
And nurses will be on hand to draw the blood at the jail.
“Driving while intoxicated is a big problem in Guadalupe County, as it is all over Texas,” Murray-Kolb said. “What we are trying to do is to make these cases easier to prosecute as well as making a point about refusing to do a breathalyzer.
“When the state gives you a driver's license, there are conditions on it, and one of them is that if you are stopped for DWI you will give breath or blood,” she said.
Murray-Kolb said more and more DWI suspects are refusing to submit to breath tests, which provide good evidence that the suspect was over the legal limit. Without that evidence, it is harder to win a conviction and thus more expensive to prosecute.
In Guadalupe County, more than half of the drivers stopped for suspected DWI refuse to submit to a Breathalyzer test or to perform roadside sobriety tests, such as walking a straight line.
The no refusal program will be in effect for the entire Labor Day weekend. The Seguin and Cibolo police departments, Guadalupe County Sheriff's Department, Texas Department of Public Safety, the county attorney's office and several judges all have agreed to cooperate on it.
The judges have worked out a schedule so that at least one will be on call at all times.
Assistant county attorneys also will be available to help officers draw up requests for warrants to obtain a blood sample.
Other jurisdictions, including Harris and Bexar counties, have held no refusal weekends.
Posted by Sam at 7:10 AM