Really wrong place to be apparently 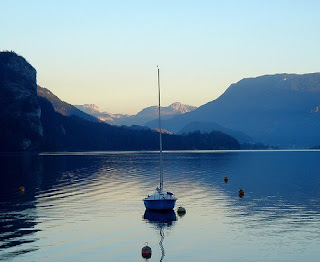 In what has become our meme for the day another case of in the wrong place at the wrong time.

Who would've thought these guys would swim out to their boat?

GUATEMALA CITY - Robbers armed with machetes hacked a U.S. tourist to death and seriously wounded his wife in an attack aboard the couple's sailboat in northeastern Guatemala, the woman told The Associated Press on Sunday.

In a telephone interview from her hospital bed, Nancy Dryden, 67, said her husband, Daniel Perry Dryden, 66, was killed by four men who boarded their boat late Saturday while it was anchored in Lake Izabal.
"They poked us and stabbed us with the machetes, and they were asking for money, specifically dollars," said Dryden, who was listed in stable condition at a hospital in the lakeside town of Morales.
The thieves were apparently unhappy with the take. "We had a few quetzales (Guatemala's currency), but we had no dollars with us on the boat," Dryden recounted.
The Drydens, who are retired and live near Anchorage, Alaska, had bought the boat in February. They were equipping the vessel in preparation for a voyage into the Caribbean and eventually to the eastern coast of the United States.
Dryden said the four assailants may have reached the boat by swimming from shore and brandished long machetes that "seemed liked curved swords."
After assaulting the couple, the men demanded she hand over the keys to the vessel, which has an auxiliary motor. When she didn't _ she was unable to tell whether they wanted the keys to the boat, or a small dinghy the couple used to get to shore _ the men left, also apparently by swimming.
Dryden struggled over to the boat's radio and sent out a distress call. "I said we need help ... I said my husband was not moving," Dryden recalled.
She said she expects her children to arrive in Guatemala Monday and plans to be transferred to the United States for medical care.
Assistant Police Commissioner Luis Say said the attack is being investigated.
Located near Guatemala's Caribbean coast, Lake Izabal is popular among tourists for its jungle scenery and wildlife.
In March, protesting farmers briefly kidnapped four Belgian tourists at Lake Izabal to press for the release of a jailed activist. They were released unharmed.
Posted by Sam at 6:14 AM