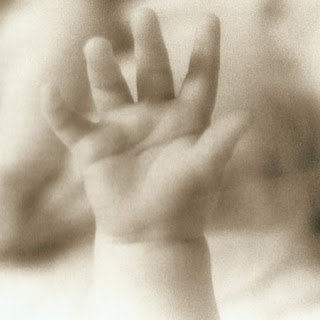 WTF kind of folks are these?

Part of the deal included a two-bedroom apartment that would be the site of the rape, Miller testified, but also child care for the 10-month-old, who “eventually” would be raped herself.
Authorities said both children are no longer in Richards' custody and that neither child was sold for sex.

Ronald Guyer, Block's lawyer, acknowledged how serious the charges appear.
“It certainly brings to mind, ‘What kind of monster is this?'” he said. But Guyer stressed to the judge that there was no evidence that the behavior progressed beyond Block's fantasy.
“There has been no action on his part,” Guyer told Nowak.

Based on an interview with Block, in which Miller said he made incriminating statements, a review of the computers the two used, and surreptitiously taped conversations, Miller said he discovered the two were making further plans to abduct, rape and “carve up” a teenage runaway.

He said Block had come to the attention of authorities as early as 2004 and again was on the radar of a Los Angeles undercover investigation in 2006, but it wasn't until earlier this month that there was enough alleged evidence to act against him.
The couple both worked at the Cheesecake Factory at North Star Mall, where he was a bartender and she was a waitress. Employees interviewed Friday expressed surprise at the charges. A manager there referred questions to the chain's corporate office.

Also Friday, Block's now-estranged wife was in court, too, though she left at one point in tears as Miller's testimony described in graphic detail Internet communications with Richards about the fantasies.

Sarah Block declined comment, as did Block's father, who had sought, unsuccessfully, to have his son placed in his custody.

Court records show that Sarah Block filed for a protective order earlier this week on behalf of the couple's 14-month-old child. Her lawyer said she filed for divorce Friday.
Posted by Sam at 6:06 AM