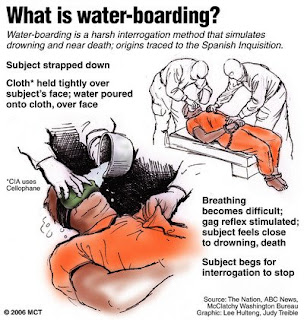 As I kept saying all along why do we even have a Bexar Met? Now, because of news like this, perhaps we won't much longer.

Bexar Met suspends leader in wake of five indictments
Jerry Needham - Express-News
A day after being hit with five indictments, Bexar Metropolitan Water District General Manager Gil Olivares was suspended with pay for 15 days Saturday following a three-hour, closed-door emergency meeting of the utility's board.
Olivares was ordered to turn in his keys and district property and to cease all communications with the utility's staff in the resolution approved unanimously by the seven-member board.
The action followed Friday's criminal allegations that he sexually harassed two female employees and ordered the secret taping of phone conversations of targeted employees.
Olivares, who has headed the agency since 2005, objected to the suspension, saying it was inconsistent with procedures laid out in his contract.
“I do want to say that I'm innocent of these charges, and I look forward to the opportunity to address the facts and present the facts,” he told the board.
“It's a sad day in the history of the Bexar Metropolitan Water District,” said board member Jose Gallegos. “We have a fiduciary responsibility, an ethical responsibility and legal responsibility to our customers, our ratepayers and our employees to protect them from any illegal actions that possibly have taken place. This is not to indicate that he's been found guilty, but I think we had the preponderance-of-evidence responsibility to take action here today.”
The board appointed the utility's finance director, Jesse Morin, 42, as interim general manager. Morin has been with the utility for 10 years, the first seven as accounting manager.
The board is planning a Thursday meeting to formally initiate proceedings that could result in the termination of Olivares' contract, said board Chairman Victor Villarreal.
Olivares said he was ready to discuss and refute the charges in discussions with the board but was not invited into their closed-door session.
“I think it was in violation of my contract, but they did what they did,” Olivares said after the meeting. “I haven't taken a vacation in four years, so I'll have some time off and work on my defense.”
Jim Clement, board vice president, said the board “didn't weigh any of the facts of what happened with the district attorney and the grand jury. We just decided what was best under the circumstances for the district at this time. When we come back together on Thursday, we'll be able to move on to find a more permanent decision to bring this thing to a closure one way or the other.”
“It's not a happy day for BexarMet,” Villarreal said.
The board also directed the utility's general counsel, Adolfo Ruiz, to submit a list of appropriate attorneys to represent the board in dealings with Olivares.
“We would expect to hire an attorney on Thursday,” Villarreal said. “It basically relieves our in-house counsel of any perception that may be out there that he would have an influence on the board. This way, we have an outside counsel not affiliated with BexarMet to address this issue with the board.”
Olivares' contract calls for a 10-day notice of the allegations, upon which he might be terminated for cause, followed by a hearing.
“It would be the best bet to say that at (the Thursday meeting) he would be given a 10-day notice,” Villarreal said, adding that the allegations would be those stated in the indictments.
The board would determine not if the criminal charges are accurate, he said, but “if there was any serious conduct that implicated BexarMet or that we felt was a disservice to the district.”
Board member Lesley Wenger, a frequent critic of Olivares who often has been at odds with the board majority, said, “I think there was a real consensus and a real actual sense of camaraderie this time that we haven't seen for a long time — that everybody wants to put the district first, and I'm glad to see that.”
The indictments include one for official oppression and four for wiretapping. The oppression charge alleges that Olivares retaliated against one female employee after she rebuffed his sexual advances and that he retaliated against another after she ended their sexual relationship — one that he had encouraged by giving her a promotion with a $27,000-a-year raise.
He's also accused of ordering the monitoring and taping of office phones of four managers he knew to be critical of his administration. Included among those were Morin, the new interim manager.
BexarMet's troubled history includes the firing of its previous general manager, Tom Moreno, by a reform-minded board in early 2005 after he spent 20 years running the agency.
The agency, heavily in debt and besieged with customer complaints about water pressure, high rates and poor service, has struggled for several years to turn things around.
Created in 1949, BexarMet's troubles have been a topic of discussion at the state Legislature.
Last year, lawmakers almost abolished the elected board and put it under the control of other elected officials.
Instead, they placed it under the oversight of a legislative committee with mandates for improvements. That committee is to report to the Legislature in January its recommendations for the utility's future.
BexarMet serves about 83,000 customers in Bexar, Comal, Atascosa and Medina counties.
Posted by Sam at 7:58 AM