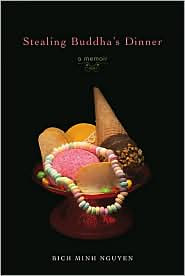 I think that they probably need to steal glasses first.

Robbers in a hurry steal cakes, not cash
From correspondents in Kuala Lumpur
Article from: Agence France-Presse

MALAYSIAN robbers ran off with a bag of cakes instead of 1.9 million ringgit ($651,000) in cash in a botched heist.
In the second robbery to hit Malaysian airports this year, two masked gunmen fired 10 shots at a money changer at northern Penang state's airport, the Star daily reported.
Security guard Zainol Othman, who accompanied the money changer as he got out of a van and put his personal bags on a trolley, told the paper he fled with the cash when the robbers attacked.
"I knew it was a robbery. The first thought that came to mind was to save the money,'' he told the Star.
"In the midst of the commotion, the robbers grabbed the money changer's bags, thinking that I had already placed the money bag onto the trolley,'' he said.
The newspaper said the thieves sped off in a getaway car with the bags, one of which contained mooncakes, a Chinese delicacy.
The money changer was taken to hospital where he was in a stable condition.
In April, thieves escaped with more than $1 million after attacking two money changers at Kuala Lumpur International Airport.
Posted by Sam at 6:13 AM