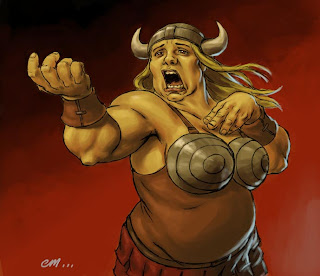 Its over, let it go. Move on and win clearly next time.

Battle for Webb's sheriff's badge is over
Lynn Brezosky - Express-News Rio Grande Valley Bureau
BROWNSVILLE — Following a defeat at the state's 4th Court of Appeals, Webb County Sheriff Rick Flores has at long last conceded his re-election bid to opponent Martin Cuellar.
But while Flores is ready to move past the months of post-primary recounts and court hearings, Cuellar's camp isn't about to let suspicions Flores fixed the vote slide.
“It's not over for the people that broke the law and tried to manipulate the outcome of the election,” Cuellar spokesman Colin Strother said Thursday.
The score sheet since the March 4 primary shows Cuellar winning 4-1 — all contests except a May 1 tally for which Flores fronted funds and that briefly put him ahead by 133 votes.
Cuellar's folks complained the election judge didn't allow them to see what was going on and now say almost all the votes that put Flores ahead came from one counter.
Webb County Democratic Chairman Sergio Mora agreed something didn't look right.
“If you see evidence ... you see that almost all the recounts never deviate except ones called by this caller,” Mora said. “We obviously noticed this severe discrepancy and contacted the attorney general's office.”
The May 1 recount followed Cuellar's 37-vote lead in the April 8 runoff. But a judicial recount of the recount put Cuellar ahead by 42 votes.
On July 17, State District Judge David Peeples refused to call a new runoff based on Flores' contention of illegal ballots cast and problems with the voting machines.
Wednesday, the Court of Appeals affirmed Peeples' decision.
“Because Flores did not establish by clear and convincing evidence that voting irregularities materially affected the outcome of the election, the trial court did not abuse its discretion in refusing to order a new election,” Justice Karen Angelini wrote.
Flores on Thursday said Cuellar was still trying to blame him for a flawed vote.
“If he wants to start getting dirty again, that's the truth, and I hope that the attorney general finds out what really happened,” he said.
Posted by Sam at 6:08 AM