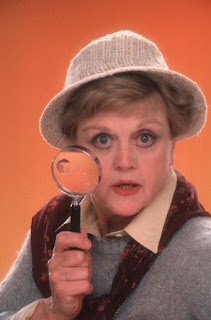 I guess they found our secret account, they said.

The former general manager, board president and general counsel for Pedernales Electric Cooperative were paid more than $100,000 each in the late 1980s from a recently discovered bank account, PEC officials revealed Tuesday.
It sparked fresh anger from a state senator who has been probing the trio's years of control of the co-op, the state's largest, which serves 225,000 members in a multicounty region in the Hill Country.

The interest-free bank account at Cattleman's National Bank still contains $565,000. It was in the name of Texland Electric Cooperative, a joint venture between PEC and Bluebonnet Electric Cooperative to build and operate lignite-fueled power plants. The venture was begun and eventually abandoned in the 1980s.
PEC officials recently discovered the account and are in the process of determining how to divide the money with Bluebonnet.

Earlier this month, PEC General Manager Juan Garza said it did not appear that the account was a “slush fund” for former managers or board members because records he'd been able to obtain going back six years showed no activity.

But in a letter dated Thursday, former PEC General Manager Bennie Fuelberg and former Board President W.W. “Bud” Burnett revealed single payments made to them and to then-PEC General Counsel A.W. Moursund from the account. Fuelberg and Burnett were paid about $111,600 each, and Moursund was paid $150,000, all apparently in the late 1980s.
The letter said the money was for work the three did to help end decade-long litigation relating to the Texland project, “earned for years of hard but ultimately successful efforts on behalf of Texland ... that also benefited PEC.”
“Following this payment, we never received another payment from this account or from Texland,” the letter states.

State Sen. Troy Fraser, R-Marble Falls, who has pushed for investigations of PEC and for new legislation governing electric co-ops in the wake of recent revelations of high pay and perks for managers and board members at Pedernales, said he was outraged.
“This revelation is a continuing pattern of how Fuelberg and Burnett lined their own pockets by fleecing the PEC membership,” Fraser said in a prepared statement. “Once the Texland bank account was made known to the members, Fuelberg and Burnett knew it was only a matter of time before this information was uncovered. I want to know what else they are hiding from the members.”

The Texas attorney general's office is investigating past PEC practices to determine if any laws were broken.
PEC District 4 board member Robert Reed used the word “outraged” to describe his feelings.
“I was not aware that Texland was an active entity, and certainly not aware there was a non-interest-bearing bank account in Texland's name. To find out payments were actually made from this account without board knowledge and approval is extremely disheartening,” he said.
Posted by Sam at 6:02 AM