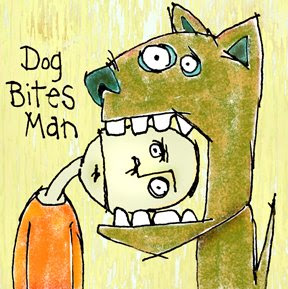 When will we, the community, do something about folks with vicious dogs?

How many more children have to die or folks get mauled? A Hundred? A Thousand?
A Hundred Thousand?

Wake up folks, these beasts live amongst us and their owners are indifferent to security precautions.

Pair of pit bulls leave poodle owner seriously injured
David Saleh Rauf - Express-News
Two pit bulls mauled a woman walking her poodle in a West Side neighborhood Thursday afternoon, leaving behind a blood-soaked sidewalk where witnesses said the dogs viciously tore at the woman's body despite efforts to pry them off.
By the time police arrived, the woman was already being taken to Brooke Army Medical Center to be treated for serious injuries, San Antonio Police Officer Rick Heredia said.
As a result, police at the scene did not know the woman's condition, but onlookers and neighbors who tried to help fend off the dogs said she was covered in blood, with bites to her head, face, arms and legs.
“They bit her everywhere you can think of,” said Crystal Rodriguez, a resident of the neighborhood who saw the women being treated by emergency responders.
Officials were still investigating how the dogs made their way to the sidewalk and exactly what provoked the attack in the 2200 block of South Brazos Street.
Lisa Norwood, an Animal Control Services spokeswoman, said an initial investigation showed that the dogs came off the property and that the gate may have been open when the woman, whose identity was not immediately released, walked by with her poodle.
The 3 p.m. attack left a scene that drew crowds from around the neighborhood: Blood splatter stained the street and sidewalk where the woman was attacked; her poodle, killed in the attack, lay at the edge, while a second victim who tried to help the woman was being treated for a bite to his ankle.
A half block away, a black and white male pit bull that attacked the woman lay lifeless in front of a small grocery store.
The dog, shot by the first responding officer, apparently carried itself about a half block, leaving behind a trail of blood, before plopping in the middle of the street.
The second dog, a fawn female pit bull, was taken by ACS, where it's future will be determined by officials, Norwood said.
“We warned the owner that his dogs are too mean, and sure enough look what happened today,” said Dennis Rojas, whose father lives behind the pit bulls.
He said his father has had problems with the dogs in the past.
The owner had not been located as of Thursday afternoon, and police could not say if he would face charges.
The Legislature passed a series of bills last session aimed at cracking down on dogs that attack.
The measures, which increase criminal penalties for owners of such dogs, were prompted after a spate of high profile dog attacks across the state, including the death of a 10-year-old San Antonio girl who was mauled by a pit bull in 2007.
Posted by Sam at 5:52 AM