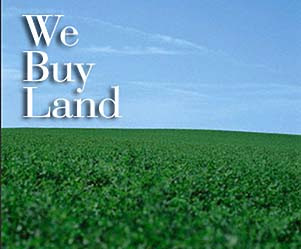 Hmm. Not as clear cut as some would believe and not as innocent as others would have.

Perfect case for the jury to figure out.

UTSA profs lose jobs over deal on land
By Melissa Ludwig - SAEN
The University of Texas at San Antonio has fired two tenured engineering professors for allegedly violating the school's ethics policy when they bought a piece of land in Helotes that students were studying for a class project.
In letters sent last month, UTSA President Ricardo Romo accused Alberto Arroyo and Chia-Shun “Rocky” Shih of putting their personal business interests above those of the students when they bought the parcel last September, forcing the students to abandon their project midyear and start over.
Romo also faulted the professors for ignoring a department boss' warning to avoid such conflicts of interest and for failing to tell students or administrators about the purchase.
The professors' behavior violated an ethics rule barring state employees from “making personal investments that could reasonably be expected to create a substantial conflict of interest between the employee's private interest and the public interest,” Romo wrote in a July 25 letter.
Arroyo and Shih both have claimed they did nothing wrong, and Arroyo plans to appeal his case to a faculty tribunal. Shih did not return a call for comment but has said he will fight for his job.
“They got the wrong person,” Arroyo said. “This is a witch hunt. I had the support of the students and the community, and I am going to fight to clear my name.”
Arroyo and Shih both have criticized UTSA for jumping the gun in statements to the media, declaring them guilty of ethics violations before Romo had made up his mind to fire them.
Now that Romo's decision is in writing, the case can move forward, said David Gabler, a university spokesman. A faculty tribunal will likely hear the case next month and send its conclusions to UT regents for a final decision. Until a final decision is made, both professors will be on paid leave.
Arroyo claims the timing of the purchase was coincidental and that he had no idea students were studying that parcel. The students were in Shih's class, not Arroyo's, and they were doing a yearlong project on how to turn the 33-acre parcel into a park for the city of Helotes.
When city officials let an option to buy the land expire, Arroyo and his business partner, Elizabeth Ortiz, snapped it up as a real estate investment. Arroyo asked Shih to get in on the deal, and Shih agreed without seeing the land.
In July 2007, Shih saw a brochure of the property and told Arroyo it was the same one Shih's students were studying. Arroyo said he reminded Shih of a 2006 memo from the department leader warning professors to steer students away from properties in which professors had a financial interest.
But Shih did not tell the students about the land deal; he simply told them they would have to find another project because they would no longer have access to the property.
“That was not my decision, but they are holding me responsible for somebody else's behavior,” Arroyo said.
The Texas Board of Professional Engineers reviewed Arroyo's case and ruled in May that he did not violate any professional ethics.
But Gabler, the UTSA spokesman, said Arroyo should have informed school officials.
“Each professor at UTSA should understand that creating a conflict of interest between one's personal business and the efforts of students is a violation of the university's ethics policy,” Gabler said.
Posted by Sam at 5:52 AM