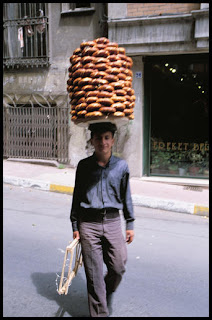 Man, I bet a lot of stolen items go through the Flea Market on the South side of San Antonio.

Local officers intercept stolen truck, tools
By Gerard MacCrossan: The Herald-Zeitung
Inventorying a load of stolen tools under the hot sun Monday wouldn’t be described as a reward for three Auto Theft Task Force local officers, but the outcome of their recent interdiction efforts was a satisfying feeling.Comal County Sheriff’s Deputy Mykel Andaloro and Det. John Bailey checked out the Ford F-350 as it passed along Interstate 35 in Comal County a week ago towing a trailer. When the four-wheel drive truck’s Vehicle Identification Number was checked and found to belong to a similar two-wheel drive truck, the officers’ suspicions were aroused. The pair learned the truck had been stolen from Tarrant County in February.

It was Monday when the officers and their colleague Department of Public Safety Sgt. Archie Harben started unloading the trailer. They pulled out construction tools, lawn mowers and other yard maintenance equipment crammed inside and almost immediately discovered some of it as reported stolen from construction site in Irving.“We have to go through and identify each piece by serial number,” Andaloro said. “We’ll take pictures of everything. We want to try to get items back to the victim.”

Bailey said part of the job will be identifying items that weren’t listed by serial number in burglary reports, but were taken in conjunction with other items that officers can identify. He said officers believe the man driving the truck, who hasn’t been arrested, was taking the items to a flea market south of San Antonio to sell. The man could face charges in each county where property was stolen. Bailey said.
Posted by Sam at 1:01 AM