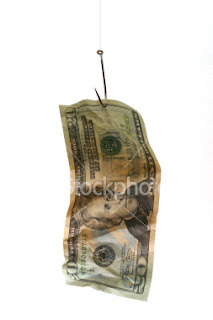 Is it any wonder with news like this that we in San Antonio have the most draconian term-limits in the country?

This comes at a bad time for the passage of a law to restrict those limits. Ms. Cibrian has acted like any other media seeking pol, starting with the Booby Rock matter. I do not think she'll get elected mayor.

Cibrian confirms 2007 stay in Cancún
Guillermo X. Garcia - Express-News
District 7 Councilwoman Diane Cibrian acknowledged Saturday that she spent “a long weekend” at a Mexican resort condominium owned by the family of a local banker-developer and campaign contributor.
Her statement came after a tumultuous week of questions she had steadfastly refused to address about her vacation in 2007, maintaining it was a private matter and that the condo owners were not seeking city business and did not have issues before the City Council.
Cibrian's brief statement Saturday came after she submitted an amended personal financial disclosure statement with the City Clerk's office minutes before the office closed Friday.
In an interview, Cibrian said she has done nothing wrong or violated ethics regulations. She did not issue an apology but said that omitting “any information that was required to have been in this report was inadvertent.”
She has repeatedly implied that the scrutiny she is under is a result of sniping from her political enemies. Cibrian is widely believed to be contemplating a run for mayor next year but has yet to formally announce her intentions.
The first-term council member has been hounded by media inquiries since the San Antonio Express-News reported Tuesday that she wouldn't answer questions about her stay last summer in Cancún. She said Saturday the trip took place in July 2007, a month after she won her council election, and that she stayed at the condo with her daughter and a friend whom she declined to identify
“I amended the report because I want to be above reproach,” she said. “I have done this out of an abundance of caution, and now I am going to continue to work hard to build a better future for San Antonio.”
She declined to answer any further questions on the record.
In her filing statement to City Clerk Leticia Vacek, Cibrian said she was invited to stay at the condo of the family of Hugo Gutierrez Jr., a South Texan who owns a bank and who has attempted to develop a sprawling 3,000-acre parcel of land outside the city limits called Village at West Pointe.
The pasture and tree-filled acreage lies outside Loop 1604 near Sea World. While it is outside the city limits, it is within the city's extra territorial jurisdiction, which subjects it to certain city development regulations.
Gutierrez and his development were the subject of an Express-News story earlier this month because a number of trees on the property were legally cut down, despite a city tree ordinance that would otherwise protect the tree canopy from commercial development.
Gutierrez moved to San Antonio from Laredo, where he purchased Falcon International Bank, which is run principally by his family.
Cibrian said before the May 2007 election that Selina Gutierrez, whom she describes as a longtime family friend, invited her to stay at the Gutierrez family condo. Selina Gutierrez is the daughter of Hugo Gutierrez Jr.
“As far as I am able to determine, our city Ethics Code wound not have prevented or prohibited me from accepting Selina Gutierrez's invitation,” her statement said.
Cibiran said that her sister is Selina Gutierrez's godmother, and that the families have been close friends for 30 years.
Previously, Cibrian portrayed Gutierrez simply as a contributor to her council campaign and had noted that Gutierrez and his family had contributed to a number of other council races, including that of former Councilman Julián Castro, her likely mayoral opponent.
Neither her statement nor her amended financial report lists a dollar value for the condo stay.
Cibiran said she hoped the amended filing about the condo stay would finally put the uproar to rest. She declined, however, to comment on how the controversy might impact her political future.
Posted by Sam at 8:05 AM