The unfriendly skies of American Airlines 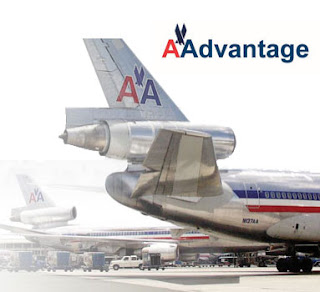 This is simply ridiculous in my opinion.

I think American gets a big PR black eye for this.

It doesn't matter if the military reimburses them, why don't you charge the military and collect it directly from them?

Some veterans are up in arms tonight, charging American Airlines with being un-American.
The reason: American Airlines is charging soldiers heading off to war a fee for their extra baggage, but KENS 5 found out they're not alone.
Some say the colors of our flag represent patriotism and all things American.
U.S. Army reservist Ricardo Arispe has defended the flag for almost three decades. He is now one of several veterans irate with American Airlines. The airline has that same flag hanging below its name but still refuses to waive its fee for soldiers who carry extra baggage as they head off to war.
"We're putting ourselves on the line for American interests. We're serving national interests, and in turn they should back us up," Arispe said.
Lisa Shay was just charged $50 for going seven pounds over the baggage weight limit, and she was OK with it.
"I was kind of expecting to pay," she said.
But she says soldiers have paid enough.
"I'm making a choice to vacation somewhere, and they're serving our country and doing their duty, their job," Shay said.
In response to questions, American Airlines sent KENS 5 a copy of their policy regarding military baggage. It says soldiers are allowed 190 pounds of baggage free of charge. If they carry more, they will be charged, but the military will reimburse them. It's a process that veterans argue takes too long and shouldn't have to be done.
"I say waive the fee. Support us, and waive the fee," Arispe said.
Soldiers are allowed to check two pieces of luggage. If they're going for a long time and maybe need to take more, they have to pay. Several other airlines have this same policy, but American Airlines is the only one that's made news recently for charging this baggage fee to two Texas soldiers heading to Iraq.
Posted by Sam at 5:46 AM