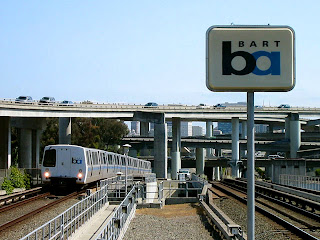 Its been a long time coming.

It will be a good plan if they have park and ride busses that will shuttle folks to the train stations and they sell transfers. I'd take it!

Staying On Track
By Chris CobbThe Herald-Zeitung
New commuter trains could be rolling through town in the coming years, hauling millions of dollars in potential tax revenue with them in transit between Austin and San Antonio.The proposed commuter rail was at the forefront of a Tuesday meeting of the Greater New Braunfels Chamber of Commerce's transportation committee.Ross Milloy, President of the Greater Austin-San Antonio Corridor Council, spelled out to the committee the need, benefits and potentially weighty cost of a high-traffic commuter rail line running through New Braunfels. Right now a single Amtrak train runs once daily back and forth from Austin to San Antonio without stopping here.

There are already discussions between the Texas Department of Transportation and Union Pacific officials to change that in the next three to four years and begin running 6 to 17 trains a day through the corridor on the existing lines, according to Milloy. But the larger vision is to build a bypass line that would divert all non-local freight traffic and free up the existing rails for more commuter trains.

Its construction would not only make moving freight through Central Texas more efficient and take trucks off Interstate 35, Milloy said it would generate almost $1.3 billion in local sales tax revenues and create 4,000 jobs in the corridor by 2030. It would run from Georgetown in Williamson County to the south of San Antonio, making 15 stops along the way.“I think long-term we need to have better connections up and down the corridor, and with our growth it’s definitely an issue we need to stay on top of,” said Rod Smith, chairman of the transportation committee. “I’m concerned that they don’t seem to have any long-term funding solutions.”

Footing the bill is a different story, and funds still are being gathered to eventually pay for the massive project.Building a freight train bypass would cost less than $2 billion, and the price tag to refurbish and equip the 142-mile, commuter rail service would be about $615 million, according to Milloy. The annual operating costs alone on the commuter rail would start at $21 million, growing to $41 million per year by 2030.Voters authorized a way to pay for the project and others like it in 2005, creating the Rail Relocation and Investment Fund. Since then, the Texas Legislature hasn’t allocated money to go into that fund, which is why Milloy is asking local governments to put pressure on their representatives to support the project.“

Plans are great, but we’ve got to find people who are willing to commit money to it,” said committee member and Comal County Commissioner Jay Millikin. “Primarily we’re looking to the state legislature. They’ve created a program, but they haven’t put any funding toward it.”Funds cannot come from the state alone, so any finished product would have to be a mixture of public and private investment. The corridor council has already raised $50 million to be used in 2009-2012, and has presented financing plans to cities that would use local taxing solutions to meet funding goals. Milloy described the 2009 legislative gathering as a “transportation session,” and with added pressure from governments and others, there just might be a high-traffic commuter rail running through New Braunfels in the future. “I’m optimistic and enthusiastic,” Millikin said. “We’re just going to have to find governmental entities who are capable of and willing to put money into the fund.”

PROPOSAL AT A GLANCE• 6 to 17 daily commuter trains• 15 stops from Georgetown to South San Antonio• Freight train bypass costing almost $2 billion• Commuter rail startup cost of $615 million• On the Web: asarail.org
Posted by Sam at 5:28 AM