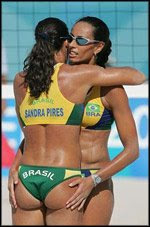 Imagine thieves with a heart of gold!

A Brazilian woman says car thieves left her money instead of taking her car when they realised its poor condition.
Flavia Alcantara from Belo Horizonte, had left a note on the windscreen warning thieves that the car was not worth stealing.
Her note read: "Mr Robber, please do not steal this car. It has no batteries, no spare tyre. It is in bad shape. Thank you for your attention."
Mrs Alcantara says someone later tried to steal the car but ended up leaving it - along with a one reai banknote, worth the equivalent of 40p.
"The robber must have felt sorry for me," she told Terra Noticias Populares..
"I put the note to attract the robbers' attention. I wanted to stop them taking a car which wasn't worth stealing anyway."
Posted by Sam at 8:06 AM