Don't pull a gun on a police officer 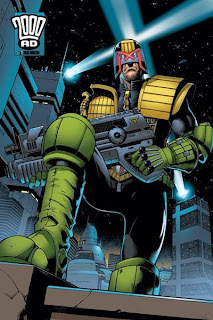 From the information provided it seems to have been a "righteous" shooting.

Cop chases, shoots man
David Saleh Rauf - Express-News
A San Antonio police officer was placed on administrative duty Thursday after he shot and critically wounded a man during an early morning foot chase, police said.
Police said Officer Humberto Gallegos, who has nearly three decades of experience, fired once at an 18-year-old man, striking him in the lower back. The man, who was not identified Thursday, was shot after he ran toward an alley, tripped and then allegedly pointed a semi-automatic handgun at the 55-year-old officer.
“When he tripped, one of the things he dropped was a gun,” said Police Chief Bill McManus, adding that the suspect scooped up a .380-caliber that had fallen from his waist and reportedly pointed it at Gallegos.
The man was critically wounded in the shooting, shortly after 8 a.m. in the 300 block of North Chupaderas, just west of downtown, and was taken to Wilford Hall Medical Center, where he remained Thursday.
Thursday's incident, the third officer-involved shooting in the last 30 days, marks at least the seventh time this year in which a San Antonio officer has shot a suspect — one fewer than all of last year. In three of this year's shootings, the suspect was killed.
Last year, police shot eight people, killing five.
In Thursday's shooting, Gallegos — who was hailed a hero eight years ago after he helped thwart a scheme in which two boys planned to shoot a pair of 12-year-old rivals at a middle school before killing themselves — was patrolling the 2800 block of Morales Street around 8 a.m. when he saw a vehicle that matched the description of one reported to have been involved in two drive-by shootings that morning.
Earlier, a green Ford Explorer had allegedly fired shots at several homes on Morales and W. Salinas streets, police said.
Evading Gallegos, the Explorer drove to the 300 block of North Chupaderas, where the suspect pulled over and started running.
“Fearing for his life,” Gallegos drew his service weapon and fired one shot toward the suspect about 8:15 a.m, according to a SAPD news release.
The entire scene unfolded in front of Ambrosia Aldana, a resident on that block. She said she saw a man, who dropped a gun, run past her house. He turned around to pick it up and ran toward an alley. She said Gallegos yelled, “Stop,” twice before firing his weapon.
“I said, ‘Oh my God,' and ran back inside my house,” she said. “I was scared.”
Posted by Sam at 6:15 AM