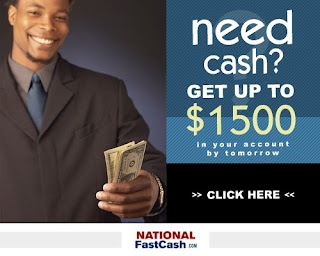 Charges against DeLay in question
Janet Elliott - Houston Chronicle
AUSTIN — Tom DeLay's attorney said Monday that prosecutors can't convict the former U.S. House majority leader on money laundering charges because of an appeals court ruling that said the law applied to cash, not checks, when the alleged laundering of corporate campaign donations occurred.
DeLay's attorney, Dick DeGuerin, said he expects the charges eventually will be dismissed because of Friday's ruling from the Austin-based 3rd Court of Appeals.
He said Travis County District Attorney Ronnie Earle's “team indicted Tom DeLay and wrecked his career based on statutes that weren't even on the books at the time the conduct took place.”
The indictments cost DeLay his leadership position. The Sugar Land Republican resigned from Congress in 2006 and is working as a consultant in Washington D.C.
Earle said it's premature to suggest DeLay will be cleared by the decision involving his two former political associates. Earle said he was pleased that the court upheld the state's ban on corporate contributions to political candidates, but disagreed with its reasoning on whether checks could be used to launder funds.
“The distinction that the court made was absurd,” Earle said. “You ask people struggling to pay their grocery or gasoline bills whether a check is money and you are certainly going to get an earful.”
DeLay, John Colyandro and James Ellis are accused of funneling $190,000 in corporate donations illegally to seven Texas House candidates in 2002. Prosecutors allege they conspired to violate the corporate ban by laundering money through national Republican Party accounts.
The three have denied any wrongdoing. DeGuerin said a similar amount of money sent by the national party to Texas legislative candidates came from separate legal donors in other states.
“They kept a Chinese wall between corporate money and individual money,” he said.
The appeals court refused to dismiss money laundering and conspiracy charges against Colyandro and Ellis, who were indicted one year before DeLay. The court found that the Texas law banning corporate contributions to political candidates is not unconstitutionally vague or overbroad.
But in its lengthy discussion, the court said that checks were not covered by the money laundering statute prior to 2005, when the Legislature defined “funds” to include checks, money orders, and electronic funds.
Although DeLay was not a party to the appeal, the decision is expected to apply to his case.
Earle said he doesn't believe the court's opinion “created any real obstacle to our prosecution of all of the defendants.”
A trial judge in 2005 considered the checks vs. cash argument and declined to dismiss the indictments.
J.D. Pauerstein, who represents Ellis, said he does not plan to appeal the ruling. He said if the ruling stands, he will again ask the trial judge to throw out the charges.
“We're pleased with the gist of the court's ruling because it undermines the money laundering prosecutions,” Pauerstein said.
Posted by Sam at 1:41 AM