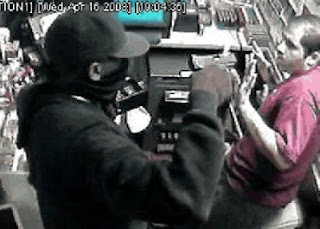 Contrast the case below with this case.

Perhaps, as folks thought would happen, when the legislature gave juries the ability to sentence a defendnat to life without the possibility of parole, more defendnats would get that instead of the death penalty.

Killer gets life without parole in store clerk's slaying
By DOMINGO RAMIREZ JR.

FORT WORTH – A Fort Worth man convicted of killing a Bedford store clerk last year was sentenced to life without parole Monday afternoon just hours after his mother and teen-aged daughter begged for his life.
Prosecutors had sought the death penalty against Jeff Dodson, 39, for capital murder.
But Dodson’s mother and teenage daughter begged for his life Monday morning as a Tarrant County jury was set to decide his fate.
A crying Mamie Lee Burton asked the jury of eight men and four men to spare her son from the death penalty.
"I respect your judgment," Burton said Monday morning. "He’s not a threat."
Dodson, dressed in a blue, collared shirt and black pants, wiped his eyes as his mother left the witness stand in Criminal District Court No. 1.
Minutes later, his 16-year-old daughter pleaded for father’s life.
"Please let my dad live in prison," Ortavia Dodson testified. "Don’t take his life."
Jurors had two options: death or life in prison without parole.
The same jury convicted Dodson of capital murder on Friday for the 2007 robbery-slaying of a Bedford store clerk.
The jury deliberated for about two and a half hours over two days before convicting of the fatal shooting of Gaurab Rajbanshi, 28, as he worked at the D&S Food Mart on Pipeline Road.
Other suspects
Dodson was the last of three defendants to face punishment in the death of Rajbanshi. Dodson’s brother, Theodis Dodson, pleaded guilty and was sentenced to life in prison in March. A cousin, Frederick Hughes, who waited in a Suburban during the holdup, was acquitted by a jury in July.
Hughes testified against Jeff Dodson.
The crime
Theodis and Jeff Dodson went in the store to rob it. Jeff Dodson told an accomplice later that the handgun trigger slipped while he pointed the gun at the clerk.
A customer found Rajbanshi several minutes later. Jeff Dodson was later identified from a store surveillance camera.
The robbers were unable to get the cash register open and left the store.
Posted by Sam at 5:56 AM