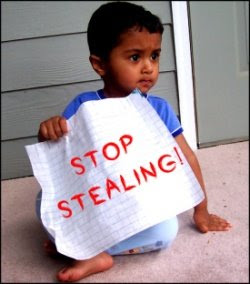 Wow, he must really really suck at lying.

YAPHANK, N.Y. (AP) -- Suffolk County police say the story just didn't make sense.
A delivery truck driver said he had been robbed at gunpoint Tuesday afternoon while attempting to put a large amount of cash into a safe at the back of the vehicle.
But authorities were suspicious, since there didn't seem to be any witnesses and the driver couldn't say what the robber looked like. After further questioning, police said the driver confessed he was the one who actually stole the money.
The driver was charged with grand larceny and making a false report, and is scheduled to be arraigned Wednesday.
Posted by Sam at 6:08 AM