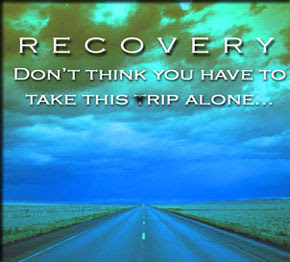 Boy, one can't escape anywhere. Just as you kick the habit you get killed?

Why go to drug rehab?

Gun shots are fatal at rehab prayer session
Sean Mattson - Express-News
MONTERREY, Mexico — Heavily armed gunmen stormed a prayer session at a drug rehabilitation clinic in Ciudad Juárez, fatally shooting at least eight people Wednesday in the latest round of bloodshed to rattle the violent city across the border from El Paso.
Five people were also injured in the attack, according to Chihuahua state police. The online edition of one newspaper reported 10 people died, but officials could not confirm that.
The killings came amid unrelenting drug gang violence reported to have claimed more than 700 in the troubled border city of 1.3 million people this year.
As trust in police continues to erode due to corruption and inability to quell the violence, President Felipe Calderón has deployed thousands of soldiers to combat drug gangs.
But the armed forces have struggled, and more than 2,500 have died in drug-related violence across the country this year.
Police said gunmen stormed the Centro de Rehabilitación para Adictos in the Cementeras neighborhood before 7:45 p.m. All eight victims were men and between the ages of 18 and 55. Police recovered 61 bullet casings of various calibers.
Police did not offer a motive for the killings, but the shooting had all the hallmarks of gangland slayings preferred by drug gangs to intimidate and settle scores.
“As almost always happens, there were no arrests,” reported Norte de Ciudad Juárez. The local newspaper noted soldiers “arrived very late at the site of the massacre.”
The gunmen had a list of targets, according to a witness interviewed by the newspaper, which reported an evangelical minister was among the victims and a pregnant woman was among those wounded in the attack.
Reforma newspaper reported that gunmen killed 10 of the approximately 30 people at the prayer meeting and that some of the victims were from Cananea, a mining town west of Juárez near the border with Arizona.
The attack was the second shooting at a rehabilitation center run by the same organization, according to press reports.
Posted by Sam at 6:05 AM