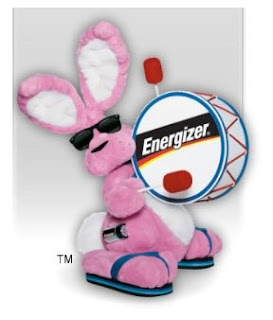 What a tangled mess. Will it ever get fully resolved?

BOERNE — Two months after Kendall County Court at Law Judge Bill Palmer’s controversial ruling that Air Force Col. Philip Shue was murdered, Shue’s bizarre death is still officially listed as a suicide, and the investigation of it remains closed.
Authorities saw a troubled man’s elaborately staged death at his own hand. His widow, Tracy Shue, contending he was abducted, tortured and killed, hoped the ruling by Palmer in a civil case would prompt a new investigation.
Palmer said Friday he’s not heard from law enforcement officials about his homicide conclusion, which ran contrary to suicide findings by the medical examiner, Air Force investigators and former Justice of the Peace Nancy White.
Justice of the Peace Larry James, who succeeded White, recently received a letter from the state on how to change Shue’s death certificate to comply with Palmer’s July 18 order directing the Texas Department of State Health Services to “take all actions necessary” to amend the certificate to reflect it was homicide.
Uncertain how to respond, James asked County Attorney Don Allee to seek an attorney general’s opinion.
“It’s a very questionable area,” Allee said of whether Palmer has the authority to order the cause of death changed.
Shue, a Wilford Hall psychiatrist, died April 16, 2003 from head injuries when his car crashed into trees beside Interstate 10. His hands and ankles were wrapped in duct tape, his nipples had been cut off, and his wallet and military identification were never found.
District Attorney Bruce Curry said he’s unaware of any new evidence to warrant reopening the case in which a grand jury found no compelling evidence of a crime.
He noted Palmer’s order didn’t explain the basis for the murder conclusion, which came one week into what was slated to be a five-week trial of a negligence suit Tracy Shue filed against USAA Life Insurance Co.
“If the judge really had information (about a murder), I’m sure he would come forward with it,” Curry said.
The surprise trial ending, in which both sides abruptly rested and Palmer quickly ruled, saw the judge reject the suit’s claim that USAA mishandled a $500,000 policy held on Shue by his ex-wife, Nancy Shue.
Palmer, who said in his ruling that trial evidence indicated Shue was murdered, refused to discuss it Friday. He said he could not recall issuing the July 18 order, found in the lawsuit file, to amend the death certificate.
Tracy Shue’s lawyer, Jason Davis, has not asked the Kendall County Sheriff’s Office to reopen the case, citing his contention that it mishandled the original investigation. But he declined to say whether he had asked any federal authorities to look into the case in which he said lots of new evidence has been unearthed since the 2003 grand jury review.
And he refused to allow access to more than 2,000 trial exhibits that apparently formed the foundation for Palmer’s murder ruling.
However, Davis, a former federal prosecutor, said, “I’d be happy to present the case to a grand jury.”
Asked if he’d take that offer, Curry said, “I don’t think so.”
Posted by Sam at 7:48 AM