They got their man 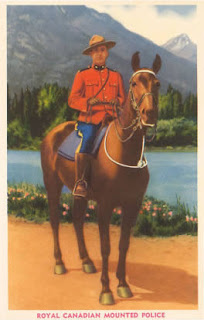 Maybe their new motto should be the same as the Royal Canadian Mounted Police "We always get our man".

Suspect in EB Games killing arrested
Lomi Kriel - Express-News
The U.S. Marshals Service late Wednesday announced the arrest of a 23-year-old fugitive recently named to its 15 most-wanted list in connection with the slaying of a North Side game store manager during an early-morning robbery of her store last year.
Geovany Rivera, a former employee of EB Games who knew 25-year-old Amber Belken long before he allegedly suffocated her, was arrested in Nuevo Laredo, Mexico, on Wednesday. His arrest brought an end to an 18-month-long wait for Belken's parents, who gave frequent and emotional media interviews in their attempt to find their daughter's killer. They did not immediately return calls seeking comment.
Belken's case captured the public's attention because she seemed to exemplify an innocent victim, one who had never before been implicated in a crime. She loved animals and sent texted her boyfriend loving text messages an hour before her death she appeared to be in the wrong place at the wrong time. A witness interviewed by police told them Rivera approached him just before the crime and suggested they rob the store that day.
Belken's death also spurred one of the largest awards in the city's Crime Stoppers' history, with $100,000 offered — $95,000 contributed from EB Games itself.
Belken was found dead in the store's safe at 2 p.m. on Jan. 30, 2007, suffocated by a plastic bag. Video games, consoles and $1,500 were taken, police said, though the front door of the store remained locked. A security bar over the back door was lifted even as that door also remained locked, suggesting Belken had let her killer inside.
Her death inspired a surge of homicide detectives, yet months later, her killer had yet to be found. In January of this year, police applied for a search warrant to do DNA testing on Rivera's hair — months after a short, black strand had been found near Belken's body.
On Wednesday, Rivera was in a federal holding facility in Laredo, awaiting transfer to Bexar County, where he will faces charges of capital murder in Belken's death as well as two unrelated counts of sexual assault stemming from instances in Laredo. Bobby Hogeland, a deputy marshal and the lead investigator on the case, said marshals found Rivera at a cousin's home in Nuevo Laredo on Wednesday afternoon and that he was “very surprised.”
“He thought he was going to evade the law, but that wasn't the case,” Hogeland said. The marshals He said the unit developed a confidential source who pointed them to Rivera's whereabouts, he said.But, he noted, though the arrest brings some satisfaction, Belken's parents “are still going to have to live with this for a long, long time.”
Posted by Sam at 5:59 AM