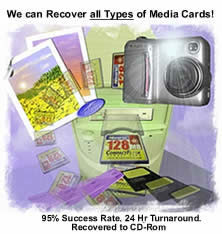 a. Why do you have a memory stick floating around in the first place/

b. Why does your memory stick have a listing of C.I.'s (confidential informants)?

c. Why is an outside consulting firm looking at this anyway?

Here, I'll use some classic British understatement: "Are you all out of your effing minds?"

Data on 130,000 criminals lost
Confidential information on almost 130,000 prisoners and dangerous criminals has been lost by the Home Office, sparking yet another Government data crisis.

By Robert Winnett and Jon Swaine

The loss of the details, which were stored on an unencypted computer memory stick, has raised fears that the taxpayer may now face a multi-million pound compensation bill from criminals whose safety may have been compromised and police informants who could be at risk of reprisals.
The home addresses of some of Britain's most prolific and serious offenders - including those who have committed violent and sexual crimes - are understood to be among the missing data.
A full investigation is now underway to find the memory stick – containing information on all 84,000 prisoners in England and Wales, including some release dates, plus details of 43,000 most serious and persistent offenders – which was descibed as a 'toxic liability' by David Smith, the Deputy Information Commissioner.
The Conservatives have said taxpayers will be "absolutely outraged" and demanded that Jacqui Smith, the Home Secretary, make a statement on the incident. Dominic Grieve, the shadow Home Secretary, said he was "absolutely horrified" by the breach and the "government incompetence" that he said caused it. The Liberal Democrat leader Nick Clegg said: "Charlie Chaplin could do a better job of running the Home Office than this Labour Government."
Mr Grieve said: "The Home Office is entrusted with a great deal of highly confidential material and it seems to be entirely incapable of keeping it secure. And the consequences are very serious. They're serious because it may lead to the identity of the people involved being revealed.
"One of the possible consequences is that criminals will bring legal actions against the government and the taxpayer will then have to pay damages to people, who appear to be pretty undeserving, because of the government's incompetence."
The breach is the latest blow to Miss Smith in her efforts to reform the Home Office, which was described as "not fit for purpose" by her predecessor, John Reid. Miss Smith is said to be furious.
The new scandal follows the loss of 25m child benefit records last year and details of millions of learner drivers and army recruits earlier this year. Whitehall departments were ordered to tighten procedures in the wake of the previous crises and the latest loss has stunned insiders.
A Home Office spokesman said that the memory stick had been lost by PA Consulting, a private company they employed to track and analyse serious and prolific offenders in the "JTrack" programme. The Home Office sent the personal details on the criminals to the company on a secure encrypted email, which was then transferred in an unencrypted form on to the memory stick, which was then lost.
The spokesman said the Home Office was first told by PA Consulting on Monday that the data might be missing, and that this was confirmed on Tuesday. The transfer of any further data to PA Consulting has been suspended pending an investigation.
Home Office officials are now in discussions with the Information Commissioner about what steps it may need to take to protect those whose privacy has been jeopardised. The Deputy Commissioner said last night that "searching questions must be answered" before it decides what further action to take.
The stick contains information such as home addresses on 33,000 individuals who have committed at least six offences in the past year. There is also data on about 10,000 people regarded as "prolific and other priority offenders" by the Government. Details of all 84,000 prisoners in England and Wales including expected release dates and dates of home detention curfews - are also on the stick, as well as information about drug treatment programmes.
Keith Vaz, a Labour MP and Chairman of the Home Affairs Select Committee, said the implications of the loss of prisoners' data were "very, very serious indeed".
"If you hand out memory sticks almost like confetti to companies that are meant to do research for you, then you need to be absolutely certain that when you give such information away, the company concerned have put into practice procedures that are just as robust as the procedures that I hope the Government has followed since the loss of the child benefit data," Mr Vaz said.
The Deputy Commissioner said: "It is deeply worrying that after a number of major data losses more personal information has been reported lost. It is vital that sensitive information, such as prisoner records, is held securely at all times.
"The Home Office has informed us that an internal report will be carried out into the data security arrangements between the Home Office and its contractor, PA Consulting. We expect the Home Office to provide us at the Information Commissioner's Office with a copy of the report and its findings. We will then decide what further action may be appropriate. Searching questions must be answered about what safeguards were in place to protect this information.
A spokesman for PA Consulting, which has also helped to develop the national ID card scheme, refused to comment.
Posted by Sam at 10:06 PM