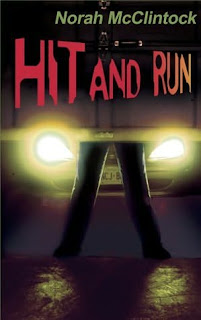 Be on the look-out and help if you know who.

Converse police looking for hit-and-run driver
James Muñoz - KENS 5 Eyewitness News
Police in Converse are trying to get any help they can in finding a driver that hit teen girls Monday near FM 1976 and Topperwein Road.
Converse police say it's just a matter of time before they catch the hit-and-run driver.
"All of a sudden, I felt something hit me," Bryanna Rosamills said.
Bryanna, 15, was with her sister Kristina Lea and her best friend, 14-year-old Tejahl Jackson, on Monday.
"He didn't stop. He didn't stop at all to help to see what he had hit or anything," Kristina said.
The three girls were almost home, walking from a convenience store, when an SUV hit them from behind.
"I saw my friend Tejahl falling out of the sky and she hit the ground, and I didn't realize I got hit because when I saw here I was in shock, and I just ran to my house to get my mom," Bryanna said.
"I keep hearing my daughters scream because it hit them very hard," Raquel Hawkins said.
Converse police aren't sure why the driver left the roadway, but he or she clearly fled the scene knowing someone was hurt.
"From what I understand one of the females did go flying, so it's kind of hard to say, 'I didn't see them,'" Lt. Allen James said.
"I didn't understand how you can hit some kids and just take off and not even stop to see how they were doing," Hawkins said.
Tejahl has a concussion, a broken jaw and a fractured pelvis. She'll likely miss her first day of school, and whether she'll still be able to participate in cross country remains to be seen.
"And she had to try to take her first steps and her legs wouldn't move like she wanted them to move," Tejahl's mom, Ardra Brown, said. " Turn yourself in because if your conscience ain't killing you, somebody is going to find out sooner or later."
Police are looking for a white 1999 or early 2000 SUV. The right side-view mirror is missing.
If you have any information, call (210) 658-2322.
Posted by Sam at 6:14 AM