Boy he's got a lot of nerve 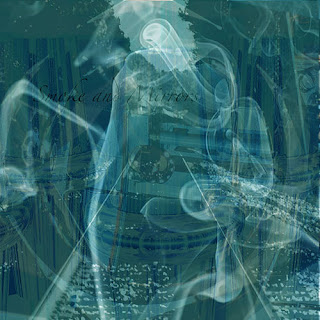 Chutzpah is defined simply as a man who has murdered his parents and throws himself on the mercy of the court because he's an orphan.

He's been indicted on 5 counts of criminal activities including official oppression. Yes, he is innocent until proven guilty, but his contract has a clause reading:

“BexarMet may terminate Olivares for cause resulting only from conduct which is seriously prejudicial to BexarMet.”

Sounds like his conduct seriously prejudiced BexarMet when there are even more calls to close the services of BexarMet and roll it into SAWS.

BexarMet chief seeks buyout
Jerry Needham - Express-News
Just days after proclaiming he was innocent of five allegations brought in state criminal indictments, Bexar Metropolitan Water District General Manager Gil Olivares has asked the utility's board to buy out his contract.
“A buyout is a potential consideration,” said Jim Clement, vice president of the water utility's seven-member board, Monday. “There's always that possibility.”
Board President Victor Villarreal said Olivares called him to suggest the possibility.
“He wanted to know if I would consider letting him address the board for a buyout and kind of negotiate with the board on those terms, rather than going through a messy deal in regards to a termination or whatever,” Villarreal said. “I don't know what terms he's looking at, but I told him I would accept his request and have it on the agenda and have it as an option.”
The board suspended Olivares, leader of the agency since April 2005, for 15 days in an emergency meeting Saturday, a day after Olivares was slapped with five indictments for allegedly wiretapping and sexually harassing employees.
The board is scheduled at a 3:30 p.m. Thursday special meeting to consider hiring an attorney to deal with the contract issue. It's also scheduled to either lay out allegations it believes are grounds for terminating his contract, giving him 10 days notice to prepare for a termination hearing, or to pursue a contract buyout.
“I'm willing to listen to anything and everything that's put out there,” said Clement. “There are some folks that are wanting termination, some folks wanting to give him a buyout.”
Board member Lesley Wenger is opposed to a buyout.
“We're talking about a considerable amount of money — for what?” she said.
Olivares' contract, amended and extended for two years last year, has a clause that reads: “BexarMet may terminate Olivares for cause resulting only from conduct which is seriously prejudicial to BexarMet.”
“That should cover it,” Wenger said. “Beyond that, whether he's found guilty or not in a court of law, that's not our concern.”
Board member Jose Gallegos also said he's not inclined to support a buyout.
“At this point, I don't think I'm going to pay him for any buyout at all,” he said. “I think Mr. Olivares has muddied the waters at BexarMet and it's a disservice to the ratepayers and the employees. I'd like to invite Mr. Olivares to do the right thing, to do the honorable thing and to spare the district from any further embarrassment by resigning.”
Olivares' contract calls for him to be paid at the rate of $195,000 a year until Oct. 29, 2008, and to get $200,000 for the final year of his contract from Oct. 30, 2008, to Oct. 29, 2009..
That amounts to about $237,500 plus a maximum of 240 hours of unused vacation time that could bring the amount to well over $250,000, not counting any pension or Social Security payments the board also might have to match.
Olivares wants the amount owed on the remainder of his contract, but Clement said, “There would have to be some kind of negotiation if that's something the board wanted to do as to how much the buyout would be.”
Olivares told the board Saturday that he was innocent of allegations in the state criminal indictments and that he wanted an opportunity to refute the charges before the board.
The indictments allege that he ordered the office phones of several top managers monitored and taped and that he used his authority to try to coerce two female employees into sexual relationships, retaliating against one when she refused and against the other when she ended the relationship.
Villarreal said he doesn't know which way the board might go, but that a buyout could be quicker, less messy and possibly cheaper than a protracted termination procedure potentially followed by a lawsuit.
A newly elected, reform-minded board fired the agency's previous general manager, Tom Moreno, without offering any severance after an audit found a long list of problems.
Moreno, who still had almost five years on his contract, sued the district three years ago, but the case hasn't been resolved.
Posted by Sam at 5:53 AM