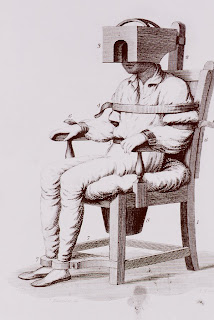 It sounds like the deputy had no other recourse however, why was an individual being taken to a hospital for a psychological evaluation riding, unrestrained in the front seat of the patrol car?

A Frio County Sheriff's deputy shot and killed a man he was driving to a local hospital Monday after the man allegedly attacked him inside the deputy's patrol vehicle, police said.
Deputy Roger Salinas fired once, striking 19-year-old Andres Gutierrez — riding unrestrained and in the front seat while being driven to a San Antonio hospital for a psychological evaluation — in the left side of his torso.

Gutierrez was shot after he allegedly punched Salinas, who was driving north on Interstate 35 approaching Fischer Road, striking the deputy several times in the face, police said.
It was “to the point the deputy said he was going to go unconscious,” said San Antonio Police Lt. Gabe Trevino, a police spokesman.
So Salinas, who police said feared for his life, shot Gutierrez. Salinas's status as a deputy was not released Monday night.

Salinas' patrol SUV came to a stop on a median on I-35 at Fischer Road, where SAPD investigators processed the scene into the evening. The city police department is investigating the shooting because it occurred within the city limits.
Salinas was taken to University Hospital where he was treated for his injuries, which included a black eye and a bloody mouth, Trevino said.
“The deputy is pretty beat up in his facial area,” Trevino said.

Gutierrez was in custody under an emergency detention, which allows a peace officer to take a person into custody and transport him or her to a mental health facility for an evaluation. He was pronounced dead at the scene of the 3:15 p.m. shooting.

It was not immediately known why Gutierrez, who was convicted and sentenced to probation last year for a misdemeanor marijuana possession charge, was riding unrestrained or in the front seat of the deputy's SUV.

In San Antonio, SAPD spokesman Joe Rios said officers typically place anyone being taken for a psychological evaluation in the back seat of a patrol vehicle, behind a cage. If not, the person is placed in the front seat, where they are handcuffed and secured with a seatbelt.
But he stressed: “If there's a cage they're going in the back seat.”

At his parents home in Pearsall, Gutierrez' family mourned his death.
Reached by telephone Monday, his sister said Gutierrez had been involved in a traffic accident a few years ago that left him mentally disabled. And while the circumstances that led to Gutierrez' detention Monday remain unclear, she said he had asked to be taken to a San Antonio hospital that day for treatment.
“From there I don't what happened,” said Crystal Gutierrez, adding that her mother and father were “taking it really hard right now.”
Posted by Sam at 6:04 AM