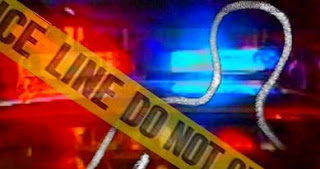 Justice found possibly. Let's wait and see on the punishment.

Katrina evacuee guilty of killing two
David Rauf - Express-News
A Katrina evacuee was found guilty today of capital murder and sentenced to life without parole for the slayings of two friends in a Northeast Side residence in 2007.
Chris Meadoux, 17, was found guilty of killing Johnny You, 17, and Luis Martinez, 19, in January 2007. Both were shot in the head and their throats were slashed.
Firefighters discovered You and Martinez when they responded to a fire at the home of a fourth friend, where the victims and Meadoux, then 16 years old, had spent the previous night.
“Regardless of what they say today, there is no judge than can overrule my god. My son is innocent,” said Lillian Laraque, Meadoux’s mother, outside the courtroom.
In a DVD made by police and played for the jury during his trial, Meadoux said he accidentally shot You and Martinez and cut them because he didn’t want to leave behind any witnesses.
“I’m very happy. This is what we wanted and this is what he deserved,” said Betsy Villamil, mother of Martinez.
“It still hurts and it’s going to hurt for a while,” Villamil added
Posted by Sam at 5:40 AM