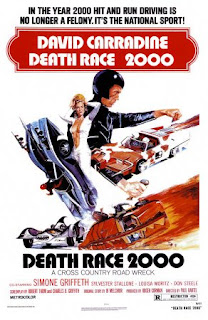 It sounds like it was a busy evening in Olmos park.

Regarding the police officer firing his shotgun four times at the driver who had shot at him and was pointing his gun, bullets are cheap your life isn't.

Pursuits end with one dead, 2 injured
By Michelle Mondo and Elaine Ayo - Express-News
An Olmos Park Police officer shot and killed a man Friday evening after police said the man fled the scene of a burglary, led the officer on a short chase and shot at the officer out of the window of the car while trying to speed down a residential street on the North Side.
A short time later, in an unrelated incident, two people suspected of fleeing a multi-vehicle hit-and-run traffic accident on the East Side were seriously injured when their vehicle crashed on the South Side while being pursued by San Antonio police.
While the burglary and chase began in Olmos Park, San Antonio Police were investigating the shooting because it occurred in the city limits.
The North Side events began to unfold about 5:30 p.m. when an Olmos Park police officer responded to a burglary in progress call at an unknown location, said SAPD Chief William McManus.
When the officer arrived, the man fled in a tan, four-door car and the officer pursued him.
During the chase, the man caused one crash on Contour Drive but it was unknown if anyone was injured in that wreck, police said. The chase continued off Basse Road onto Beacon Avenue, where the driver of the car began shooting out of his window at the officer while speeding down the residential street, McManus said.
One bullet pierced the front windshield of the officer’s truck.
After firing the shots out of the window, the driver crashed his car into the curb where Beacon dead-ends at a turn onto Weizmann Street.
With the car stopped, the officer pulled his truck beside it then walked up to the driver’s side. The officer told police he saw the driver raise a gun and point it at him so he fired four times into the vehicle with a shotgun, killing the driver, McManus said.
SAPD dispatch received a call for the shooting at 5:39 p.m.
The name or age of the deceased was not known, police said.
McManus said the 5-year-veteran with Olmos Park Police suffered non life-threatening injuries, possibly from shattered glass, and was transported to Methodist Hospital.
Candacy Baker, who lives on Beacon Avenue, heard the gunshots, which prompted her to look outside.
“I saw (the victim’s) car flying down the street,” she said. “It already looked all smashed up. Then I saw the cop car.”
Baker didn’t see the shooting but said she watched as paramedics tended to the officer.
“It looked like they were flushing out his eyes with something,” she said.
Olmos Park Police did not release the name of the officer or any other details of the original burglary call. A sergeant said more details would be released following further investigation.
In the second, unrelated incident, a suspect in the five-vehicle hit-and-run accident on the East Side rammed his van into a tree, sending him and a female passenger to an area hospital, police said.
The initial wreck occurred at around 7:15 p.m. Friday at South W.W. White Road and Rigsby Avenue. The suspect fled the scene of that accident, which involved four other vehicles, and headed toward a bar on South Presa Street, where witnesses followed the suspect’s grey and maroon van and alerted police.
When police approached the van, the driver took off down South Presa driving around 30-45 mph on blown out tires.
The officer following the van observed the driver veer off the road and into a tree in front of a clinic near the intersection of South Presa and Story Lane. The driver and his passenger were rushed to an area hospital in “stable but serious condition,” Deputy Chief Jeff Humphrey said.
Posted by Sam at 7:19 AM