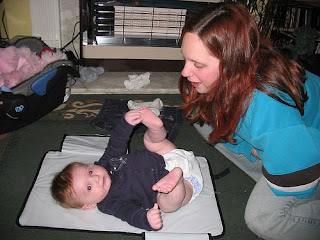 Some days its just tough being a judge.

A German judge fled a court because she could not control her hysterics over a case.
Brigitte Koppenhoefer started laughing as she tried the case between two feuding neighbours.

But after hearing how they had launched egg fights and even sent each other parcels filled with faeces she struggled to repress giggles.

She finally burst into laughter when the pair started calling each other names including "smelly bum" and "donkey face".

Five minutes later she had to walk out - and when she came back she threw out the "ridiculous" case.
Posted by Sam at 7:48 AM