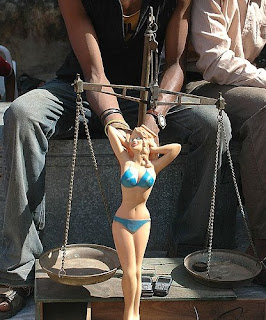 Appeal of ex-lawyer's theft convictions tossed
Guillermo Contreras - Express-News
An appeals court Wednesday dismissed an appeal by a former lawyer convicted of helping extort money from her lovers because she filed it too late.
In a short opinion, the 4th Court of Appeals in San Antonio said the procedural blunder in the case of Mary Roberts required the court to dismiss the appeal, but it left the door open for a remedy.
Roberts can file another motion in which she might allege her one-time trial lawyer was ineffective in his assistance, the court wrote. Roberts, who was convicted of five counts of theft in December and was sentenced to 10 years of probation, has been squabbling with the lawyer, Mike McCrum, much of the summer.
Court documents show Roberts and an appellate lawyer that she and her husband hired, Leslie Werner de Soliz of Victoria, blame McCrum for not filing Roberts' notice of appeal on time. They further allege that he filed a court pleading since then to try to absolve himself of blame.
Reached Wednesday, Werner de Soliz said there are other appellate remedies they will pursue and that the case “is not over.”
McCrum, reached by phone Wednesday, declined comment.
McCrum was the lead lawyer for Mary Roberts at trial. After she was convicted, she informed 226th District Judge Sid Harle, who presided over her trial, that she could not afford an attorney for her appeal, court documents show.
Harle appointed McCrum for the appeal May 27 — six days after the appeal filing deadline had passed, court records show. The order also said McCrum should be paid $6,500 by the state to represent Roberts.
In a pleading he filed, McCrum said the Robertses told him they had extensive experience in state court appeals and that they had “secured the assistance and representation” of Werner de Soliz, who is board certified in appellate law.
Roberts and her husband, Ted Roberts, extracted $155,000 in hush-money payments from married men with whom Mary had brief affairs in 2001. She met some of them through an adult Web site.
Ted Roberts threatened to expose the men's infidelities in court unless they agreed to pay him. He employed an unusual procedure, called a “202 petition,” that lent his threats an air of legal authority. The petitions can be used to gather information for legal discovery, but prosecutors said they were nothing more than a cover for the blackmail.
Ted Roberts was convicted on three of five theft counts at his own trial, and he was sentenced to five years in prison. He is free on bond pending the resolution of his appeal. The 4th Court of Appeals has scheduled oral arguments in his case for Sept. 9. McCrum withdrew this summer from his appeal.
Ted and Mary Roberts both have lost their law licenses because of their convictions.
Posted by Sam at 5:50 AM