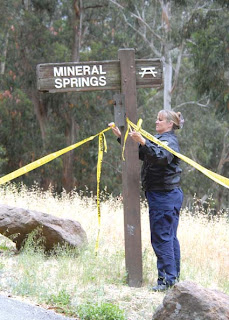 Why can't folks leave each other alone?

If you're going to off yourself don't take others with you. yeah, it's naive of me to wish this but I mean like WTF?

Autopsy puts gun in husband’s hand
By Georgia Fisher
A Comal County justice of the peace said Wednesday that Earl Tomerlin shot himself to death and his wife also was shot and killed July 30 at their New Braunfels home. Police have said they’re investigating the case as a homicide-suicide, but have yet to officially identify Tomerlin as his wife’s assailant.

Pct. 3 Justice of the Peace Diana Guerrero said the Travis County Medical Examiner’s autopsy reports confirmed the deaths were caused by gunshot wounds.Earl Tomerlin, 55, and his wife, Juiceline “Joy” Tomerlin, 29, were found dead in their Comal Farms home by police officers dispatched there for a welfare check. Both bodies had gunshot wounds, police said, and a handgun was recovered from the scene. “The medical examiner’s opinion is he (Earl Tomerlin) died as a result of a self-inflicted gunshot wound to the head, and the entrance (wound) was in the right temple,” Guerrero said. “It was a 357 Magnum -- his own gun. He killed himself.”

Joy Tomerlin died of gunshot wounds to the head and back, Guerrero said.The medical examiner ruled the woman’s death a homicide, but Guerrero said she couldn’t fully determine specifics of the case — such as who, exactly, shot her — without investigative reports from police.“I myself am waiting to get a little more information from them,” Guerrero said Wednesday.

Joy Tomerlin’s body is still at a local funeral home and her friends say it will be returned this week to her family in the Philippines. Tomerlin’s employer put up about $5,000 to cover shipment of the body earlier this month, but bureaucratic red-tape slowed the process, according to Tomerlin’s friend Eulynde Pendleton, who has started a memorial fund to help cover funeral expenses. As of Tuesday, Pendleton said, “we’re just waiting for paperwork from the embassy and the consulate. We’re not sure when she’s flying but sometime this week.”

Pendleton and Tomerlin met about five years ago through their husbands, and began their friendship while Tomerlin was still in the process of moving to the United States. “Little Joy” met Earl Tomerlin online, Pendleton said, and “even if he’s very controlling ... she said she loved her husband.”Earl Tomerlin suffered from diabetes and cardiac problems, Pendleton said, adding that he’d recently undergone surgery. “He’s been in and out of the hospital maybe every six months,” she said, still referencing the couple in the present-tense. “Every time he gets sick, (Joy) takes the day off work to help him.”Joy Tomerlin was well-known in town, her friends say, and she worked two jobs to support her ailing father back home. Pendleton has maintained regular contact with the family since the woman’s death, she said, and in regard to the body, “I told them, ‘Just wait — we’re doing our best.’”“I really want her to go now so she can rest,” Pendleton said.