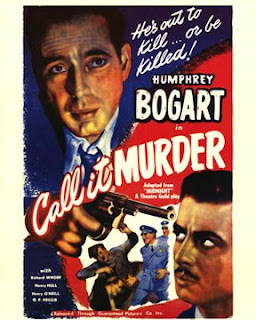 I wonder how this will play out.

Murder charges sought after radio confession
John Leptich, Tribune
Phoenix police on Thursday formally presented the Maricopa County Attorney’s Office with the investigation into the death seven years ago of an Ahwatukee Foothills man whose girlfriend, they believe, called a national talk radio show and bragged that she got away with murder.
Phoenix police Sgt. Joel Tranter also officially named the girlfriend, Megan Suzanne Vice of El Mirage, as the suspect in the case. He said while police won’t arrest the 30-year-old Vice, they are seeking charges of first-degree murder and obstructing a criminal investigation for filing a false police report.
Two years ago, a woman claiming to be the dead man’s girlfriend said on a national radio talk show that she killed him but had convinced police it was a suicide.
Detectives continued to work on the case that drew attention on Nov. 3, 2006, when nationally syndicated radio talk-show host Tom Leykis took a call on his live show from a woman claiming she got away with murder. Police have linked the call to the March 2001 death of Tortsen Rockwood.
In May, Phoenix police filed a “reasonable cause statement” showing that they believe Vice shot and killed Rockwood, her live-in boyfriend, in March 2001. Their 2-year-old son reportedly was in another room. The court record shows that Vice told police the couple argued about Rockwood hitting the boy and that she thought Rockwood shot himself.
Vice could not be reached for comment.
Records show that last May 29, police had Vice read a transcript over the telephone of what the caller said on Leykis’ show. The idea was to compare her voice with that of the woman who called “The Tom Leykis Show” in 2006.
During the call, the woman said she was a nurse at the same hospital where she and her ex-boyfriend worked, and that they had a child when she was 19. She told Leykis that she tried to talk to her ex-boyfriend about why he wasn’t paying child support and was told he quit his job so he wouldn’t have to.
The woman said on the radio program that her former boyfriend wouldn’t listen to her, so she shot him. She said she had been “a blubbering crying woman” when talking with police, that she was a nurse and knew where to aim, and claimed to have used his 9 mm gun to shoot him in the heart.
Before going on radio, the caller spoke with an associate producer and asked if there was a way the call could be traced or if they could find out who she was. The associate producer told her he hoped she was not going to threaten the president. She said no and told him her story. She told him she receives survivor benefits.
Court records indicate the Leykis show sent a list of 1,440 call-in numbers to Phoenix police.
An MP3 file posted on the show’s Web site, http://www.blowmeuptom.com/, has the woman telling Leykis that she had a one-night stand that produced a child. The father would not pay child support, she said. Leykis said she identified herself only by her middle name of “Sue” or “Susan.”
“I went over and tried to talk to him just about doing some under-the-table money,” the woman said on the air. “He wouldn’t listen, so I shot him.”
“You shot him?” Leykis said.
“Oh yes, I did.”
“You shot him dead?”
“I did.”
The woman told Leykis that she wasn’t arrested because she had lied to police. Leykis told her he would use her phone number to turn her in.
“They’ve got your confession on tape,” Leykis said. “You just confessed.”
The woman replied: “But people call up and make up stories all the time, Tom.”
Seconds later, the line went dead.
Tranter said the woman could face charges of first-degree murder and obstructing a criminal investigation, the latter for filing a false police report. He said that the woman won’t be arrested because of circumstantial evidence and admissions the woman made to police.
“This is an extremely unusual case,” Tranter said. “It’s not unusual, however, not to book someone but seek charges. We’ve determined that this woman is not a flight risk.”
Gary Zabransky, executive producer of the Leykis show, said last week that he and Leykis have cooperated with Phoenix police. Zabransky added that police asked that they not discuss the case on the air.
“I’ve been here 11 years and, by far, this is the most talked-about call we’ve ever had,”

Zabransky said. “Callers still want to know about it. This is one that’s not going away. We don’t want it to go away. Ultimately, we want to see an arrest and prosecution. And, we want to talk about it.”
Posted by Sam at 5:52 AM