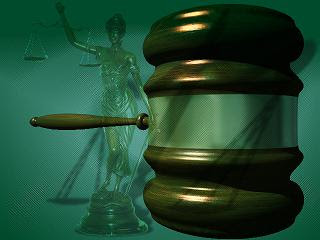 Re-write the indictments, then.

VICTORIA — District Attorney Stephen Tyler must clarify the alleged wrongdoings of the mayor, police chief, former city attorney and a police lieutenant or the majority of the charges against them will be dropped, according to a district judge's ruling.
The ruling last week by Victoria County District Judge Robert Cheshire will also make available to defense attorneys copies of grand jury testimony. Grand jury proceedings are typically secret, but the defense lawyers need the records to build their arguments, Cheshire wrote.
Tyler received the full decision shortly last Wednesday. He had not determined whether he would rewrite the charges or if he'll need to get a new grand jury indictment, he said. However, Tyler said he was confident his evidence was strong enough to write indictments that would stick and to eventually prosecute the four men, the newspaper reported.
Victoria Mayor Will Armstrong and the others were indicted in May in a widening probe accusing top city officials of tampering with a criminal case against former Victoria County Sheriff Michael Ratcliff.
Ratcliff was accused of sexually assaulting a teenage boy. Victoria's police Chief Bruce Ure and David Smith, former city attorney, were indicted on charges alleging they tampered with the investigation by leaking information about it to a local reporter.
Ure and Smith are accused of four felonies: misuse of official information, aggravated perjury, tampering with a witness and criminal conspiracy. Both were also indicted on official oppression, a misdemeanor.
Armstrong was indicted on misuse of official information and criminal conspiracy. Victoria police Lt. Ralph Buentello faces the same charges, plus he was indicted on aggravated perjury, tampering with a witness and official oppression.
Cheshire ruled that the aggravated perjury charges against Ure, Buentello and Smith are the only charges in the indictments that will stand. The other four charges against them and both charges against Armstrong must be rewritten to specifically outline the crimes they're accused of, the ruling said.
If Tyler leaves the indictments unedited, defense lawyers' motion to quash the indictments will be granted, according to the ruling.
“I'm genuinely pleased with Judge Cheshire's ruling. It is my hope that no further action is necessary in this matter, and that I can move to continue working with concerned citizens for the benefit of Victoria,” said Armstrong.
Scot Courtney, who represents Buentello, said he had never seen such a deeply flawed indictment.
Schaffer, Courtney and Greg Cagle, who represents Ure, will get copies of grand jury testimony, Cheshire ruled.
“A defendant has the right to fair notice of the specific charged offense under the Texas and United States Constitutions, and the notice must be sufficient to allow the defendant to prepare a defense,” the judge wrote in the introduction to his ruling.
Posted by Sam at 8:27 AM