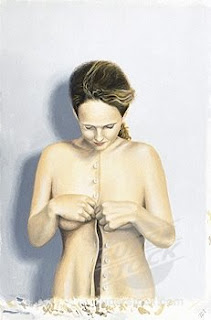 That's not the way to celebrate your birthday I guess.

Go get into a private pool. Also i do not know why the headline says his 32nd birthday and the article sayd his 23rd maybe they wer celebrating too. LOL

NAPLES -- Levi Zachary Humphrey had a novel way of celebrating his 23rd birthday -- in his birthday suit.
Marco Island police officers responded to a call about a man lying in the roadway by the Goodland Bridge on July 30, 2007, and found him swimming naked. So they called the Collier County Sheriff’s Office, which sent a corporal and a boat from its marine unit.
Cpl. Michael Kovar called out to the man, who was sitting in shallow water about 100 feet away from the bridge, but he refused to go to shore and appeared intoxicated, screaming at himself and splashing, according to arrest reports. Kovar headed out in the boat and plucked him from the water.
The man repeatedly refused to disclose his name. Kovar handcuffed him for safety reasons and the man spit on the boat. When Kovar told him to stop, he spit in Kovar’s face, so the corporal turned him away from him as they headed to shore.
After more prompting, Humphrey relented and said he was Jesus Christ.
At the jail, his fingerprints revealed he was Humphrey of 841 S.W. Third Ave. N., Golden Gate, and had a criminal record. He was charged with battery on a law enforcement officer and providing a false name to law enforcement.
In court Monday, Humphrey told Collier Circuit Judge Frank Baker he’d been celebrating his birthday and pleaded for probation. He’d faced up to five years for the third-degree felony battery charge and a year in jail on the misdemeanor, but was sentenced as part of a plea bargain negotiated by Assistant State Attorney Tino Cimato and defense attorney Timothy Moffit.
Moffit asked the judge for a furlough so Humphrey, a steelworker who now lives in Alabama, could get his affairs in order. The judge agreed to two weeks but he increased the sentence to a year in jail followed by three years of probation. When Humphrey surrenders on Sept. 12, the judge will mitigate it to the agreed-to term: four months in the county jail, with credit for a week he served there before posting bond.
The judge gave him some advice about swimming while drunk and naked. “Get a cape next time,” Baker said. “It was humorous in a way, but you could have drowned.”
Posted by Sam at 8:04 AM